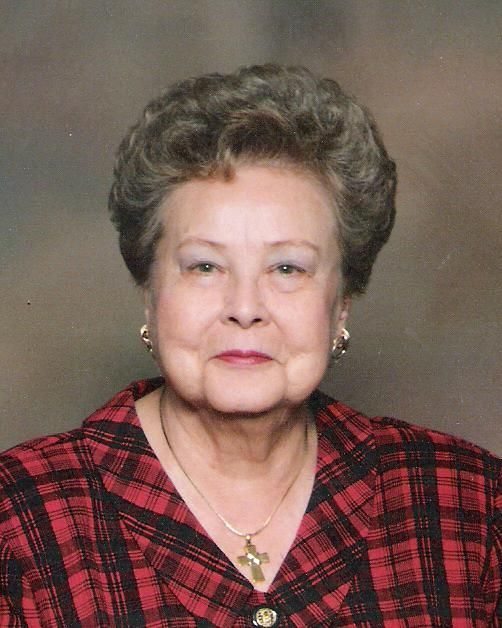 Born December 30, 1926 in Van Wert, Ohio to the late Goldie and Lewis Miller, Alice, a waitress for Balyeats in Van Wert during World War II, left her native Ohio and eventually settled in Port Charlotte 41 years ago. A former travel agent and owner of La Niche in Punta Gorda, FL, Alice was active in the Port Charlotte community volunteering with Big Brothers Big Sisters mentoring children, the Pregnancy Crisis Care Line and C.H.A.N. in Port Charlotte. Alice was a member of the American Business Women’s Association and St. Charles Borromeo Catholic Church, where she was a member of St. Charles Council of Catholic Women, Prayer and Bereavement Groups.

She is survived by her daughter, Susan J. Berard of Port Charlotte, and sister, Joan (Delmer) Adams of Scott, Ohio. In addition to her parents, Alice was preceded in death by sisters Ireta Harris and Myrtle Freck, brothers Glenn F. and Donald L. Miller, and her beloved husband of 47 years, William F. “Bill” Berard.

Visitation will be from 2 to 4 and 6 to 8 P.M. Tuesday, December 27, 2011 at Roberson Funeral Homes, Port Charlotte Chapel. Mass of Christian burial will be held 1:30 P.M. Wednesday, December 28, at St. Charles Borromeo Catholic Church with committal to follow at Restlawn Memorial Gardens cemetery in Port Charlotte.

To leave a condolence, you can first sign into Facebook or fill out the below form with your name and email. [fbl_login_button redirect="https://robersonfh.com/obituary/alice-berard/?modal=light-candle" hide_if_logged="" size="medium" type="login_with" show_face="true"]
×