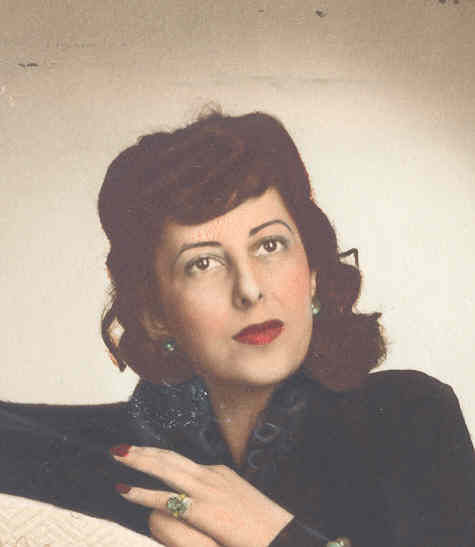 Alice was born February 17, 1914 in Dover, New Jersey, the fifth child of six children to the late George and Annice (nee-Joseph) Daher. Alice, a former Beautician and retired Substitute Elementary School Teacher, moved to Punta Gorda from Randolph, New Jersey in 1984. During World War II, she joined and was an active participant in the USO and the Ambulance Corp. She was a member of Sacred Heart Catholic Church in Punta Gorda, and the Twin Isles Country Club of Burnt Store Isles; she was a former member of the Isles Yacht Club and Visual Arts Center, Punta Gorda.

She is survived by her beloved husband of over 58 years Louis E. Glaiel; one daughter, Alice G. (husband-Ronald) Baker of Darnestown, MD, and one son, Dr. Michael J. Glaiel of Easthampton, MA; four grandchildren, Ron Baker, Jr. of Washington DC, Paul Baker of New York City, NY, and Tyler and Cody Glaiel, both of Easthampton, MA; and several nephews and nieces. Alice was preceded in death by her four brothers and one sister.

To leave a condolence, you can first sign into Facebook or fill out the below form with your name and email. [fbl_login_button redirect="https://robersonfh.com/obituary/alice-glaiel/?modal=light-candle" hide_if_logged="" size="medium" type="login_with" show_face="true"]
×