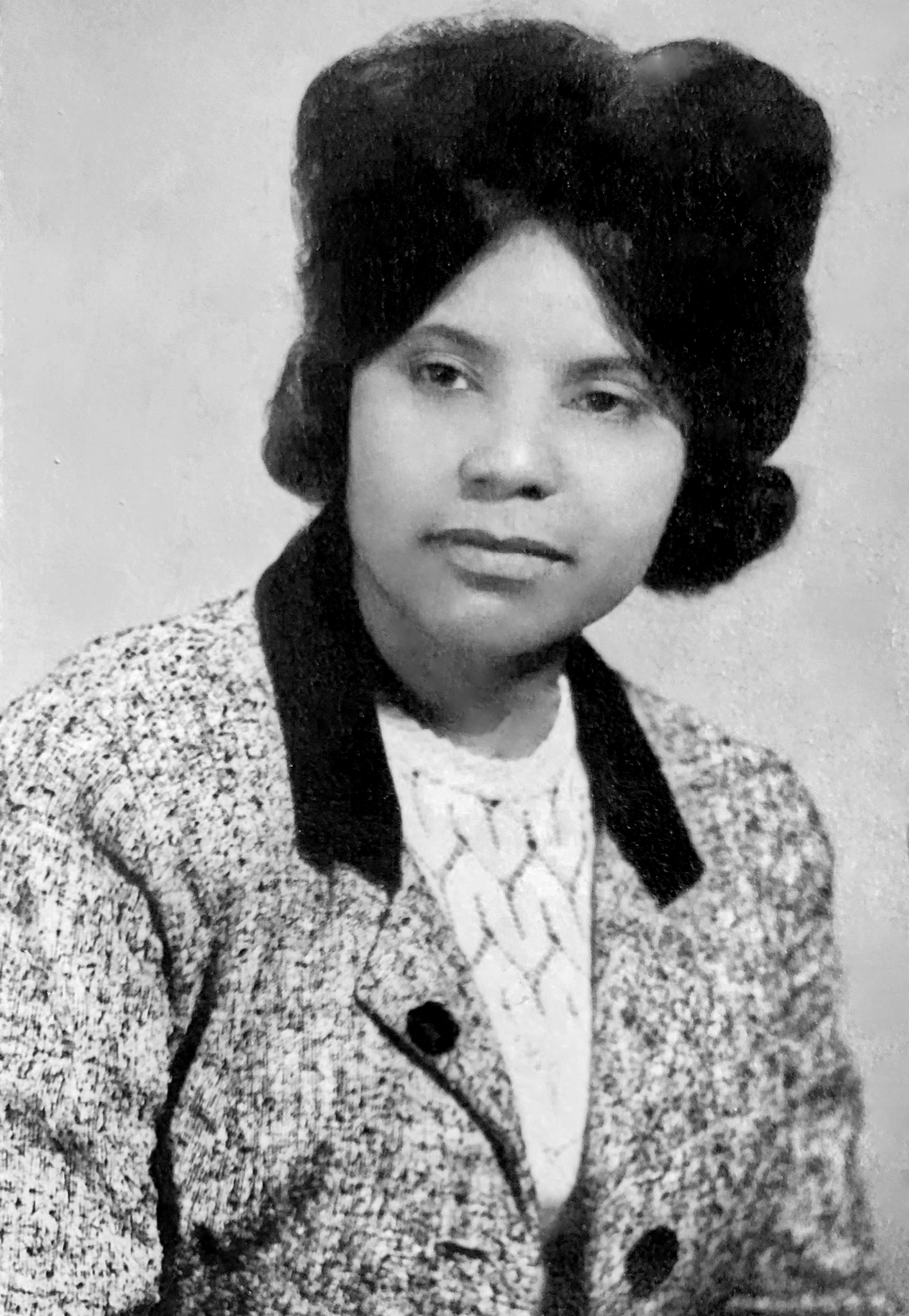 Ania was born on March 15, 1936 to Arthur Prevost and Hercele Dardompre Prevost. Being the only girl amongst 7 brothers, Ania was cherished by her family. While she was yet a baby, her father participated in Bible studies with Frere Denizard in the neighborhood and eventually converted to Adventism. Shortly thereafter, Ania’s mom, Hercele, followed her husband’s lead and also became a Seventh day Adventist. At a young age Ania was very active in the church along with one her siblings. At the young age of 13 years old, Ania and her siblings suffered the death of their father Arthur Prevost and months later to their mother Hercele Prevost. Heartbroken, Ania left her studies and became a caretaker for all of her siblings and worked diligently to support them. Despite her loss, Ania remained a faithful servant of the Lord in the Seventh day Adventist community in Las Cahobas, Haiti. As a teen, she became legendary for her apparent leadership skills as she took on the responsibility of leading out in sabbath school studies and leading worship services and if that wasn’t remarkable enough, she served in feeding of the members, missionaries, pastors, and anyone who crossed her path. During her service for the Lord, she caught the attention of a young handsome man, Joseph Guerrier who was also a young Seventh-Day-Adventist who served as an apprentice in Haiti. With blessings of the Ania’s elders and family members, the two were married on May 15, 1965. After being married, Ania had an opportunity to come to the United States where she worked to bring in her husband Joseph Guerrier and multitude of family members. In May 21, 1967, Ania gave birth to her firstborn, Wesley Guerrier at Kings County Hospital in Brooklyn New York. She was overjoyed and forever grateful for God’s gift to her. In the remaining years past, she had numerous failed pregnancies and complications. In one of her trips back to Haiti as she was helping the less fortunate, a woman approached her and prophesied to her that she was going to have her girl and that her name was going to be Esther. Ania was a little apprehensive about the news because of past failed pregnancy complications. The Lord answered that specific prayer and on November 30, 1976, 9 and ½ years later, the Lord gave her a beautiful girl name Rachelle who was name by her brother. With her two God-given children, Ania remained committed to serving the community and was one of the pioneers of Hebron SDA church in Brooklyn, NY, the nation’s first Haitian SDA Church. With her love of service for God and community, Ania had served the Hebron church for many years and notably as one of the best Deaconess leaders at the church for many years. It was not until 1990, that Ania and Joseph decided to relocate to Port Charlotte, FL to leave the city life and to move to a less hectic and more peaceful environment. Besides the numerous gifts she possessed, sewing, cooking, investing and caring for others, her visionary gift resulted in the idea and the eventual manifestation of the planting of Bethanie French SDA church. From the living room to other houses and to rental properties, Ania’s vision was to see the church built and was able to see that vision become reality through God’s grace and, mercy. She will always be remembered as “Yan”, “Ti Yan”, “ Ti Ania”, “little Jedi”, “Mommy”, “grandma”, and “Sr. Ania”. Her vision was to make it to the Kingdom of God and to see all her family and friends at Christ’s return. She will forever be missed, and her memories will be in our hearts forever. Ania was the last Prevost sibling to die but her legacy will be carried on through her children, grandchildren, great grandson, nieces, nephews, cousins, family and friends. Ania is survived by Wesley Guerrier of Orlando, FL, her daughter Rachelle Guerrier Louis of Orlando, FL, son -in law Francy Louis, five grandchildren: Jennifer Lian Guerrier Abbott, Jasmine Rachelle Guerrier, Jessica Renae Guerrier, Kaley Ania Louis, Katelyn Celanie Louis, great grandson, Aaron Abbott. Ania is also survived by an extended family of nieces, nephews and cousins from the Guerrier, Prevost, Gracia, Dardompre, Sylvain, Destra and Louis family. May you find peace and assurance that Ania will see her Lord one day and to reunite with us all on that Great Day when the Lord returns.

To leave a condolence, you can first sign into Facebook or fill out the below form with your name and email. [fbl_login_button redirect="https://robersonfh.com/obituary/ania-p-guerrier/?modal=light-candle" hide_if_logged="" size="medium" type="login_with" show_face="true"]
×