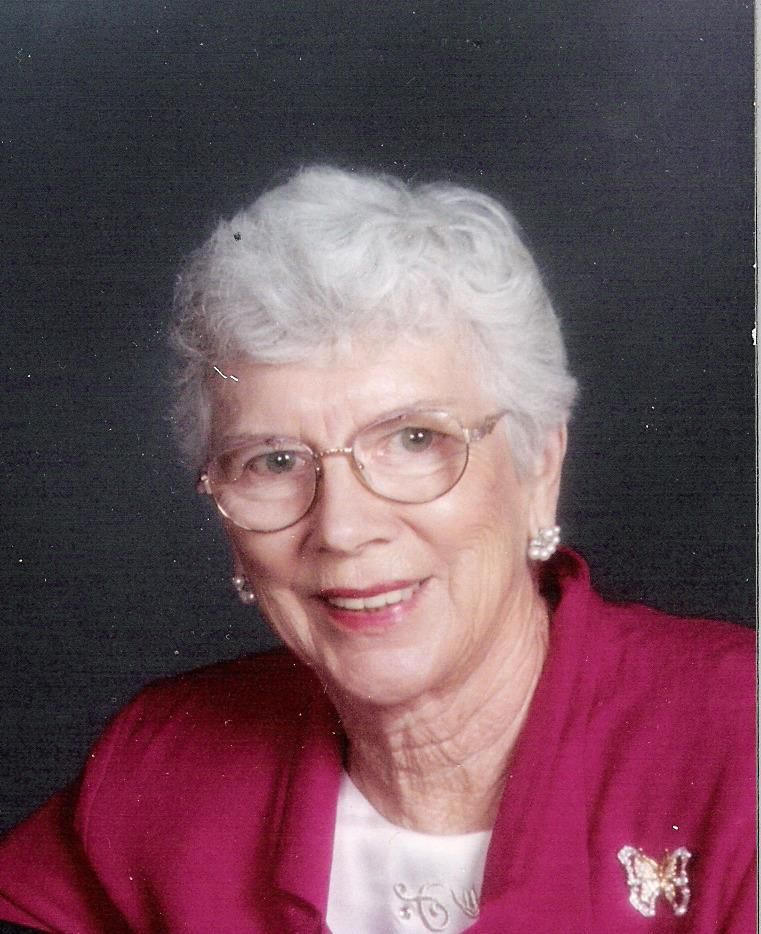 Arlene Wolfram, died in her home surrounded by her loving family on Saturday, February 7, 2015 following a brief battle with cancer. She was 90 at the time of her death.

Arlene was born in Reading, Pennsylvania in 1924 where she lived until joining the Army Nurses Corp. During her term with the Army she met her future husband Kenneth Wolfram. Arlene and Ken married in 1949. Both Arlene and Ken enjoyed the military lifestyle and were stationed in Alaska, Georgia, Japan, and New Jersey. They had two children, Tweenar and Sheryl and moved to Port Charlotte in 1959 when Ken retired from the U.S. Army.
Arlene loved living in Port Charlotte. Her life was filled with many lifelong friendships and service to the people in the community. She was loved by many of her neighbors in her long time home on Conway Blvd and was frequently seen walking her dogs in the neighborhood always having a smile and a kind word for people who she saw.

Arlene enjoyed a passion for bridge and was member of the Charlotte Harbor Yacht Club and the Port Charlotte Cultural Center. It was not uncommon to see her name listed as one of the top winners of bridge games in the Charlotte Herald.

To leave a condolence, you can first sign into Facebook or fill out the below form with your name and email. [fbl_login_button redirect="https://robersonfh.com/obituary/arlene-wolfram/?modal=light-candle" hide_if_logged="" size="medium" type="login_with" show_face="true"]
×