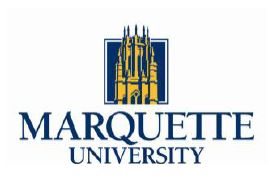 He was born to Mary and Nicolas Del-Zio in Astoria, N.Y. He attended Bryant High School, St. John’s University, and then Marquette University School of Dentistry before he proudly served as Lieutenant in United States Navy in Korea. After an honorable discharge in 1948 he settled down to practice dentistry in Plattsburgh, N.Y. He was a member of the Elks Club and president of the Plattsburgh Lions Club. During that time he built his own building and practice at 53 Broad St. His Brother, John, joined him 1959. When he required renal surgery he recuperated in Ft. Lauderdale, Florida where the two brothers eventually practiced. Arthur supervised construction of their office building which opened in 1966. He was treasurer of the Lauderdale By The Sea Lions Club. He greatly enjoyed travelling, sailing in Florida as well as camping, hiking and boating at his summer residence on Augur Lake in the Adirondacks of NY.

He is survived by his loving wife Nancy, beloved daughter Dolores Drutar (Carl) Kropff, grandchildren Michael Drutar of Raleigh, NC and Debra Drutar (Chris) Millar of Myrtle Beach, SC, brother Dr. John E. Del-Zio (Doris) of Boca Raton and many nieces and nephews. He was predeceased by his parents and sisters, Lena Langone and Evelyn Kramer.

To leave a condolence, you can first sign into Facebook or fill out the below form with your name and email. [fbl_login_button redirect="https://robersonfh.com/obituary/arthur-del-zio/?modal=light-candle" hide_if_logged="" size="medium" type="login_with" show_face="true"]
×