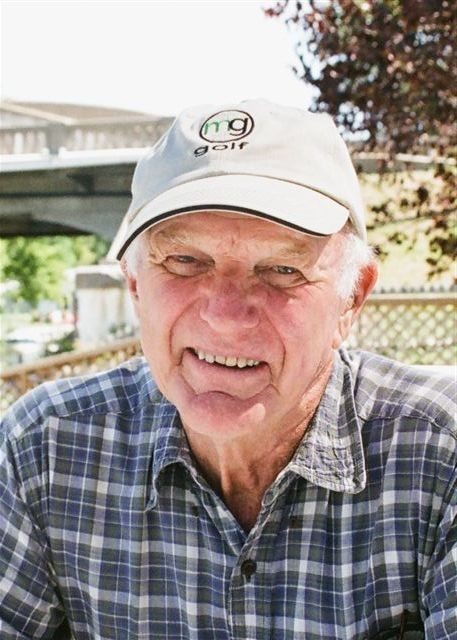 Born Aug. 30, 1925, in Rochester, NY to the late Clayton and Elva Holder where he was raised in Dearborn, MI. Ben joined the U.S. Navy as a member of the V12 line officer’s training program at Oberlin College, then at Notre Dame University where he attended the U.S. Naval Reserve Midshipmen’s School. Following his service overseas in the Pacific Theatre, he returned to Oberlin and met his future bride, Marilyn Thomas. They were married June 19, 1949 and moved to Dearborn where he earned his medical degree from the Wayne State University School of Medicine.

Beginning his medical career in 1953 at The Dow Chemical Company Medical Department in Midland, MI, and continuing for approximately 25 years, Ben had the privilege of ensuring the health of Dow employees. During the remaining seven years of his career, Ben served in various leadership posts in biomedical research and industrial medicine. He retired in 1985 as Global Coordinator of Health and Environmental Sciences.

‘Gentle Ben’, as many called him, was devoted to his family, his love of medicine and his care for people. Behind his smile was a man with intensity for living, a sense of humor, and the ability to inspire others. He found great joy in building a family cottage in northern Michigan, which he often enjoyed with friends and extended family. In later years, he and his wife traveled many waterways on their trawler, ‘Penguin’, always with a beloved Labrador aboard.

To leave a condolence, you can first sign into Facebook or fill out the below form with your name and email. [fbl_login_button redirect="https://robersonfh.com/obituary/benjamin-holder/?modal=light-candle" hide_if_logged="" size="medium" type="login_with" show_face="true"]
×