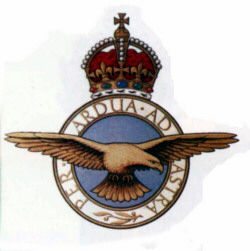 Ben Martin was born June 26, 1922 in London, England. He honorably served in the British Royal Air Force for 6 years during World War 2. He was the loving son of Isaac and Minna (Danton) Obermeister (deceased). Ben married Hazel Gordon on February 23rd, 1947 in London, England, and soon after immigrated to America with $100 in his pocket. He was a self-made man, and worked hard to provide for his family. He eventually was able to buy Martin Lawrence Jewelers, the Jewelry store that he and Hazel operated in Woodbridge, New Jersey for many years. He and Hazel moved to Punta Gorda Florida in 1978 and opened another Martin Lawrence Jewelers in Port Charlotte, Florida for several years until they fully retired in 1983.

Ben was always active in the community. Ben served as president of the Woodbridge, New Jersey Main Street Business/Civic Association. He was a 32nd Degree Mason in Woodbridge and also served as president of the Lions Club there.
Ben’s favorite avocation for many years was his avid enjoyment of sailing and racing his sailboat named the Sea Haze, with good friends such as Bill Gorchester as his crew. He served as commodore of the Punta Gorda Sailing Club and was an active member of the Boat Club.

Ben was happily married to his beloved wife, Hazel G. Martin for 50 years, until her death in 1997. He is survived by his three children, Michael (Julie) Martin, Deborah Martin and Lisa (Sandy) Peters; his four grandchildren, James Semrow, Meagan Semrow, Jennifer Peters and David Martin; his brother, Henry (Sylvia) Masters and his sister Freda (Sam) Leaman. Ben has spent 6 1/2 happy years with his best friend and significant other, Evelyn Incze who has touched our lives with caring love in this difficult time

Memorial contributions may be made in Ben’s name in lieu of flowers to Hope Hospice 9470 Health Park Circle, Fort Myers, FL 33908 or Temple Shalom in Port Charlotte

Friends may visit online at www.robersonfh.com to sign the guest book and exten

To leave a condolence, you can first sign into Facebook or fill out the below form with your name and email. [fbl_login_button redirect="https://robersonfh.com/obituary/benny-martin/?modal=light-candle" hide_if_logged="" size="medium" type="login_with" show_face="true"]
×