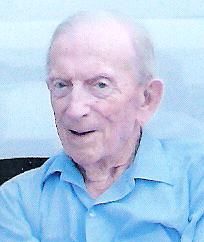 He was born August 15, 1911 in Woonsocket, Rhode Island. He worked for the U.S. Postal Service as a letter carrier until retirement. He was a member of the National Letter Carrier Association for many years. He was a veteran of World World II who served proudly for the U.S. Army. He will be greatly missed by all who knew him.

He is survived by his son, Bruce (Pat) Cook, of Port Charlotte; 1 grandchild, Bryan of Encinita, CA and 4 great-grandchildren, Blane, Curren, Julian, Marin, all from Encinita, CA.

Inurnment will be held at a later date by the family at Sarasota National Cemetery in Sarasota, Florida.

To leave a condolence, you can first sign into Facebook or fill out the below form with your name and email. [fbl_login_button redirect="https://robersonfh.com/obituary/bertram-cook/?modal=light-candle" hide_if_logged="" size="medium" type="login_with" show_face="true"]
×