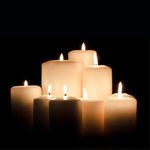 Carol Ann Roman-Russell, 66, of Port Charlotte, Florida died Wednesday, September 28, 2011 at her residence in Port Charlotte. She was born September 3, 1945 in Leicester, England and moved to Port Charlotte from Staunton, Illinois in 1992. She worked as an office manager for Advanced Orthopedics for many years. She was a loving wife, daughter, sister, mother, grandmother, great-grandmother and friend and will be missed dearly by all who knew her.

A Celebration of Life will be held 5-7 PM Friday, September 30, 2011 at Roberson Funeral Home Port Charlotte Chapel. Inurnment will be held at a later date by the family.

Friends may visit online at www.robersonfh.com to sign the memory book and extend condolences to the family. Arrangements are by Roberson Funeral Home Port Charlotte Chapel.

To leave a condolence, you can first sign into Facebook or fill out the below form with your name and email. [fbl_login_button redirect="https://robersonfh.com/obituary/carol-roman-russell/?modal=light-candle" hide_if_logged="" size="medium" type="login_with" show_face="true"]
×