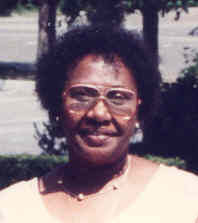 She was born January 15, 1933 in Todds Road, Saint George County, Trinidad, West Indies. She was the first born of fourteen children to Elvie and George Bartholomew. She was the wife of the late John Theophilis Coker whom she had married in 1950. Their marriage was blessed with two children, Myotte and Anthony Coker, who remained close to her until her untimely demise. Later, she married Herman Patrick Spencer of Trinidad in September of 1994. They relocated from Bronx, NY to their current residence in Punta Gorda until her heavenly transition.

In 1956, she traveled to England to further her studies in obstetrics nursing and graduated as a Registered Nurse. In 1969, she migrated to the United States and settled in Bronx, New York where she practiced her profession until her retirement in 1997. She was a member of many professional associations such as the New York State Nurses Association, the Visiting Nurses Service and the Association of Retired Nurses. She was an active member of St. Charles Borromeo Catholic Church of Port Charlotte. Cita has a rich circle of friends with whom she interacted with regularly. She was a devoted wife, mother, grandmother, aunt, and sister who was very family-oriented. She had a gracious, generous heart and embrace all whom she encountered in her journey through life. She shall surely be missed by all who knew her.

To leave a condolence, you can first sign into Facebook or fill out the below form with your name and email. [fbl_login_button redirect="https://robersonfh.com/obituary/cita-bartholomew-spencer/?modal=light-candle" hide_if_logged="" size="medium" type="login_with" show_face="true"]
×