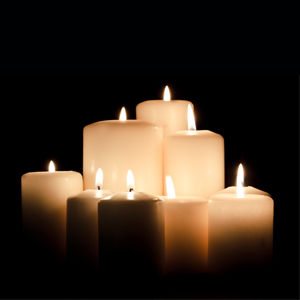 She was born Concetta Scibelli in Groton, Connecticut on April 23, 1922 to Massimo and Ermalinda Scibelli. Concetta, a loving wife, mother and talented seamstress who produced some of the most beautiful Bridal Gowns made, moved from New York with her husband Joseph, to Punta Gorda in 1984. She was a longtime member of Sacred Heart Catholic Church of Punta Gorda.

She leaves behind her beloved husband of 64 years, Joseph Cernese; sons Neil (Nanci) and Mark (Kathy) Cernese; a grandson, Mark Cernese, Jr.; granddaughter, Kelly (Richard) Metzgar; and two great grandchildren, Gabriella and Jordyn Metzgar. In addition to her parents, Concetta was preceded in death by a brother and a sister.

A memorial service is planned at a later date by the Cernese family.

To leave a condolence, you can first sign into Facebook or fill out the below form with your name and email. [fbl_login_button redirect="https://robersonfh.com/obituary/concetta-cernese/?modal=light-candle" hide_if_logged="" size="medium" type="login_with" show_face="true"]
×