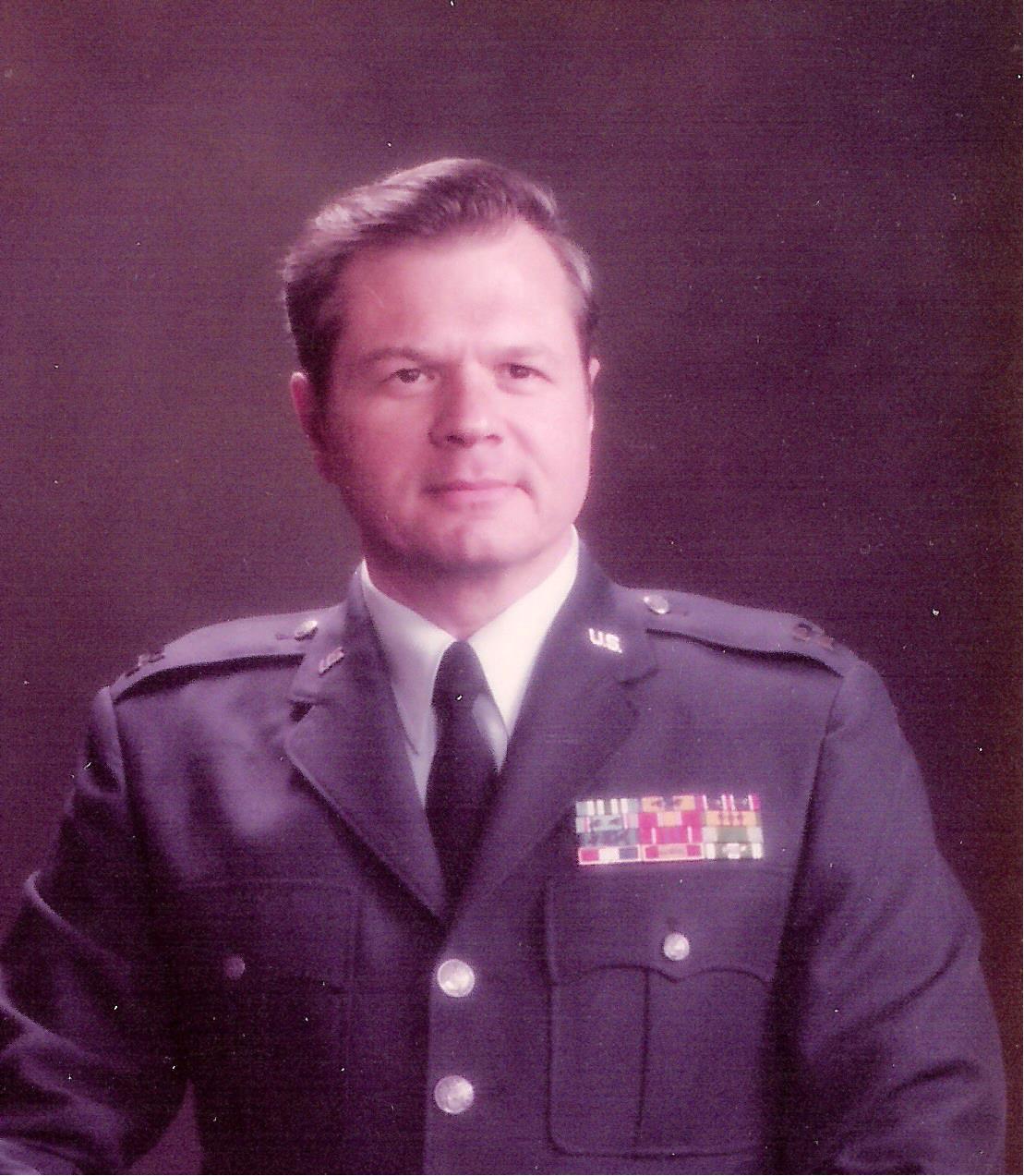 Funeral services and burial with Military Honors will be held in his native Holland, Michigan.

Burial with Military Honors will be held Friday, April 8, 2016 at Graafschap Cemetery in Holland, Michigan.

He was born on August 16, 1938 in Holland, Michigan to the late Isaac and Dorothy (nee – Larion) DeKraker. After graduating from Holland High School in 1956, he and two classmates enlisted in the US Army in early 1957. Dale served in the Military Police and Quartermaster Corps at Camp Zama, Japan, was promoted to Specialist 4th Class, finished his tour and was discharged in 1958. Back in Holland he was employed at the Holland Hitch Co. In 1961 he re-enlisted in the US Air Force and worked in Equipment Management as the Air Force began to computerize its information systems. He served at Selfridge Air Force Base, MI; Aviano Air Base, Italy; and during the Vietnam War he was at Tan Son Nhut Air Base, Vietnam, and at Clark AB, in the Philippines. When he returned to the US he served at Sandia Base in Albuquerque, NM. He was promoted through the ranks to Technical Sergeant, and was a graduate of the Non Commissioned Officers Academy. When possible he also attended night classes at various community colleges and universities in the US and overseas.

In 1969 he was sent by the Air Force to finish his undergraduate studies at the University of Nebraska, in Omaha, NB, and in 1970 received his bachelors degree in General Studies (Political Science). He then attended Officers Training School at Lackland AFB in San Antonio, TX, and was commissioned a 2nd Lieutenant. He was assigned to the Air Force of Special Investigations (AFOSI – the Air Force version of the FBI). After graduation from the AFOSI Academy in Washington, DC he became a Special Agent in the OSI. He conducted and supervised criminal investigations, counterintelligence investigations and operations, executive protection operations (similar to the US Secret Service), and background investigations of USAF personnel for security clearances.

He served as a Special Agent at McClellan AFB in Sacramento, CA; again at Clark AB, Philippines; New York NY; Duluth AFB, MN; and HQ AFOSI, in Washington, DC. At Headquarters AFOSI in Washington he was a counterintelligence analyst, criminal case supervisor, and information systems analyst. He went back to night school, and in 1979 received a Masters Degree in Forensic Science from The George Washington University in Washington, DC. He also completed the Squadron Officers School, the Air Command & Staff College, and attended many other courses and seminars in management, investigative techniques, and information systems. He received many awards and decorations and in 1980 he retired with the rank of Captain after 21 years of active duty with the US Army and US Air Force.

Dale then worked as a Manager for the Insurance Crime Prevention Institute in Westport, CT. In 1981 he returned to the Air Force and OSI as a civilian Special Agent (GM13). In 1984 after his father died in Ft. Myers, FL, he moved to Ft. Myers to help his mother and worked as a Security Officer for a large banking computer facility. In 1988 he returned to Michigan, resided in Hudsonville, and worked with a private private investigator. In 1989 he moved to San Antonio, TX and worked as a Special Investigator investigating insurance fraud for USAA, a large firm that provides insurance and financial services to the US Military.

In 1996 he retired from USAA and moved to Punta Gorda where he remained, taking up golf and eradicating invasive Brazilian Peppers from his community. Dale moved around quite a bit, never marrying. He was a member of the Association of Former OSI Special Agents, Inc (AFOSISA), and a life member of the Military Officers Association of America (MOAA).

He is survived by his sisters, Mary Vanderploeg, and Peggy Stempfly, and brothers David and Donald DeKraker; and numerous extended family members.

Visitation will be held Monday, April 4, 2016 from 6 to 8 p.m. at Roberson Funeral Homes’ Punta Gorda Chapel, at 215 Mary Street. Funeral services and burial with Military Honors will be held in his native Holland, Michigan.

To leave a condolence, you can first sign into Facebook or fill out the below form with your name and email. [fbl_login_button redirect="https://robersonfh.com/obituary/dale-lee-dekraker/?modal=light-candle" hide_if_logged="" size="medium" type="login_with" show_face="true"]
×

Funeral services and burial with Military Honors will be held in his native Holland, Michigan.

Burial with Military Honors will be held Friday, April 8, 2016 at Graafschap Cemetery in Holland, Michigan.