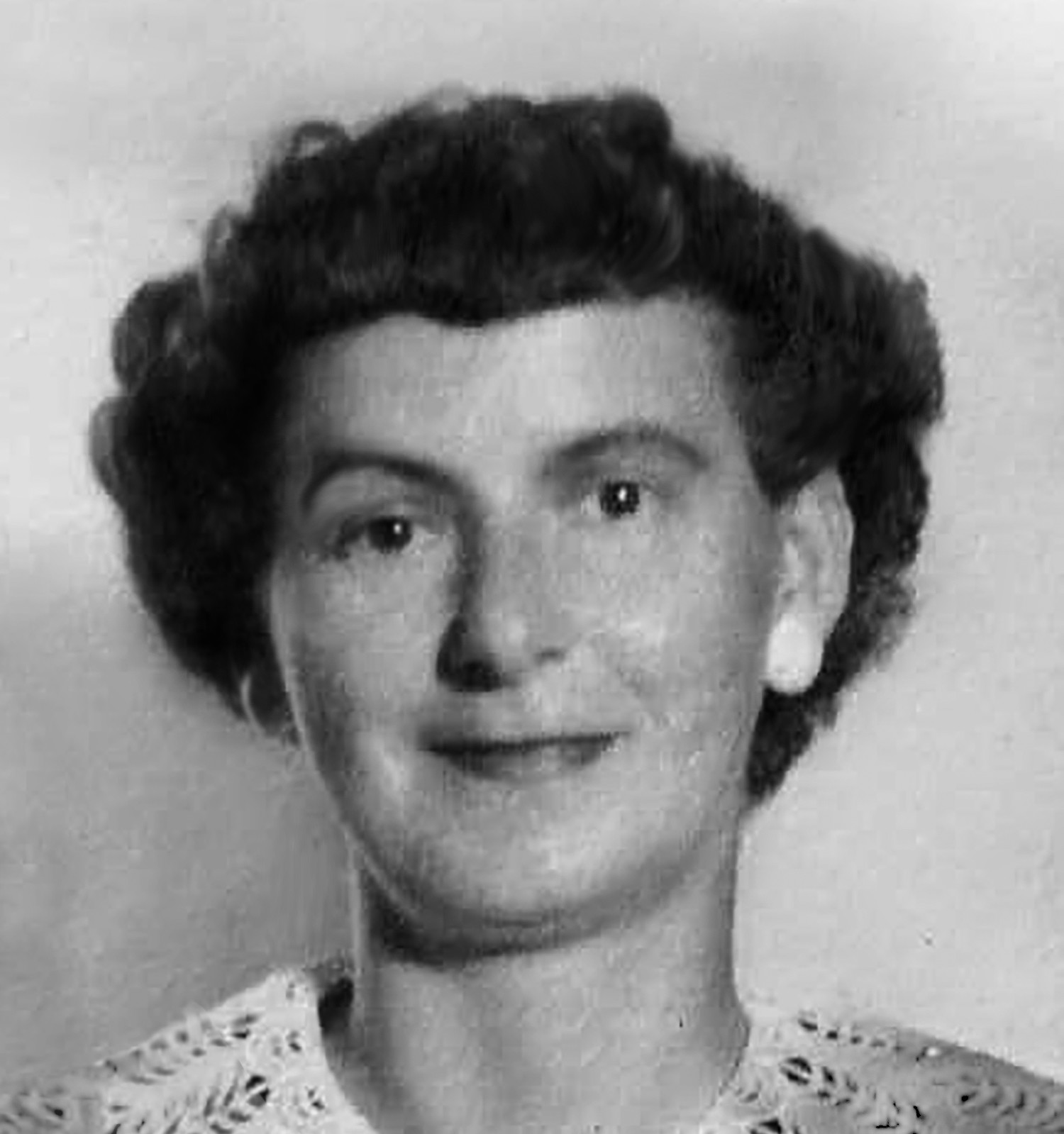 The weather forecast called for snow in Chicago in late December 1916 when Leone Brown Jackman was shopping downtown for Christmas. Suddenly realizing she was going into labor, Leone rushed home in time to have her corset cut off. Before America entered WWI, Dolores Mary Jackman was born.

Dolores had fond memories of the Windy City from so long ago. Ragmen, icemen and milkmen roamed the streets in horse-drawn wagons. She and her brother Robert, loved waiting for the milk bottles to freeze on the doorstep and turn into “ice cream”. They adored chasing the iceman, begging for hunks of ice wrapped in newspaper to savor on a hot summer day. Dolores lived through the first refrigerators, radios, televisions and eventually the dawn of the internet.

In 1936 at the height of the Depression, she married childhood sweetheart John George Thompson, a son of Lithuanian immigrants. There was no money for a wedding dress, so Dolores married in a simple blue suit. By 1938 the young couple had their only child, George John Thompson. Dolores distinctly recalled staying home from a Clark Gable movie with a sick “little George” as the radio announced the bombing of Pearl Harbor on Dec. 7, 1941.

The war years were difficult ones with the rent due, ration booklets and their furniture bought on credit…but John became a skilled tradesman; welding battleships while employed at Chicago Bridge and Iron.

When her son reached college and moved away to marry, the ever busy Dolores went back to work. After answering an ad in the Chicago Tribune and acing a mathematics exam, she landed a job that blossomed into a career. The job was with Western Electric (later AT &T), and as a keypunch operator she was on the ground floor of the computer/communications world. Rising through the ranks with her keen mind, she stayed with the company until 1973.

As Dolores and “Johnny” retired to sunny Florida in the seventies, she kept active in many different clubs and organizations. Some of her favorite clubs were: Friendship Club, Amaranth/Eastern Star, Card Club and St. Joseph Hospital (now Bayfront) Auxiliary where she was a volunteer with the hospital for 25 years. She was incredibly kind and very generous to all her friends and family and they will miss her goofy jokes and wonderful stories.

To leave a condolence, you can first sign into Facebook or fill out the below form with your name and email. [fbl_login_button redirect="https://robersonfh.com/obituary/dolores-m-thompson/?modal=light-candle" hide_if_logged="" size="medium" type="login_with" show_face="true"]
×