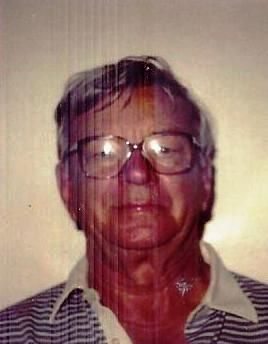 Born March 26, 1915 in Marysville, Ohio, to the late Hampton and Laura Shadrach, Donald, a former co-owner of Roberts & Hudson Tire Company Inc. in Florence, KY, retired to Punta Gorda in 1971 with his wife Irene. Shortly after arriving, Donald opened Don’s Beautiful Car Wash in Charlotte Harbor, FL; after selling the car wash Don then opened a tire store in Punta Gorda, now doing business as Tire Discounters Inc. He was a former member, Deacon, Board Chairman and Scout Activity Leader of the Florence Christian Church.

He is survived by his daughters, Arlene S. Tackett of Florence, KY, Kathryn Kavanagh of Littleton, CO, and Donna Weghorst of Pekin, IL; six grandchildren, and six great grandchildren; a brother Hampton Shadrach of OH, and a sister, Juanita Blake of MD; niece Carol (Dave) Hollomon of Rotonda, FL, and a host of additional nieces, nephews, extended family members and friends. Donald was preceded in death by his wife Irene Shadrach, a sister, Kathryn Chipka, and a grandchild.

To leave a condolence, you can first sign into Facebook or fill out the below form with your name and email. [fbl_login_button redirect="https://robersonfh.com/obituary/donald-shadrach/?modal=light-candle" hide_if_logged="" size="medium" type="login_with" show_face="true"]
×