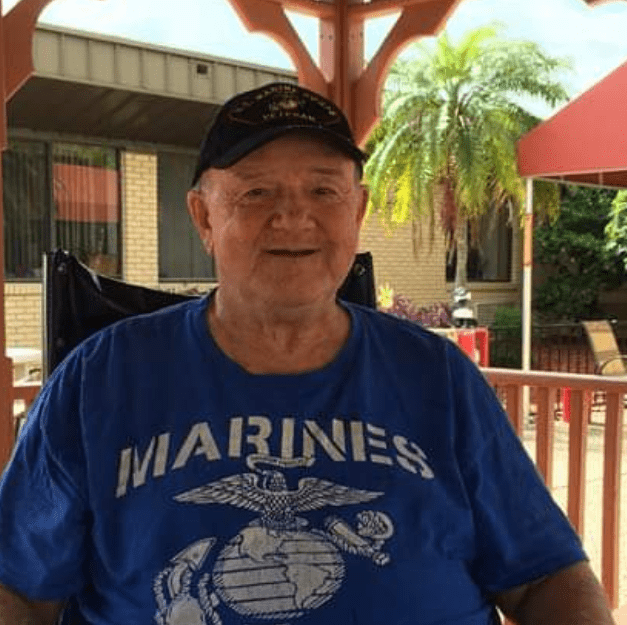 A Graveside Service with Military Honors by the U.S.M.C. will be held at Sarasota National Cemetery in Sarasota, FL.

Donald Wayne Hogue, 81, of North Port, Florida passed away Sunday, September 20, 2020 at North Port Rehabilitation and Nursing Center.
Donald was born to Louis Hogue and Wilma Ross Whitter on August 20, 1939. Donald loved his family with all of his heart. He had a heart of gold and would help everyone he could especially strangers when he was able to. If he had a $5.00 bill left to his name for the month, he would offer it to someone in need. He loved telling blond jokes and was always fun to be around with. He was proud to have served in the United States Marine Corps. He was also a Vietnam War veteran, serving in the U.S. Air Force. Don served his community in Nebraska and Missouri as a police officer as a sergeant and later as chief. He was a great man who will be missed by all who loved and knew him.
He is survived by his daughter, Lori (Steve) Walters of North Port, FL; granddaughters, Sierra Hogue, Brittany Mellinger, Ashley Hogue and Stefani Walters; great grandchildren, Spencer, Nora, Olivia and Kenneth.
Graveside services and military honors by a U.S. Marine Corps Honor Guard  will be held Friday 12:30 PM, Oct. 16, 2020 at Sarasota National Cemetery in Sarasota, Florida.
Friends may visit online at www.robersonfh.com to extend condolences to the family. Arrangements by Roberson Funeral Home & Crematory Port Charlotte Chapel.

To leave a condolence, you can first sign into Facebook or fill out the below form with your name and email. [fbl_login_button redirect="https://robersonfh.com/obituary/donald-wayne-hogue/?modal=light-candle" hide_if_logged="" size="medium" type="login_with" show_face="true"]
×

A Graveside Service with Military Honors by the U.S.M.C. will be held at Sarasota National Cemetery in Sarasota, FL.