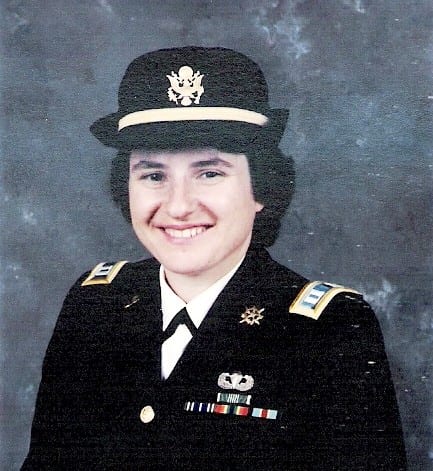 Interment with Military Honors by the U.S. Army Honor Guard.

She was born December 1, 1959 in Warwick, Rhode Island and moved to Port Charlotte in 1993.  Donna was U.S. Army veteran of Desert Storm serving as a Captain in Army Intelligence and a former secondary education school teacher. Donna was a member of the Edgewater United Methodist Church, Port Charlotte.

To leave a condolence, you can first sign into Facebook or fill out the below form with your name and email. [fbl_login_button redirect="https://robersonfh.com/obituary/donna-marie-triana/?modal=light-candle" hide_if_logged="" size="medium" type="login_with" show_face="true"]
×

Interment with Military Honors by the U.S. Army Honor Guard.