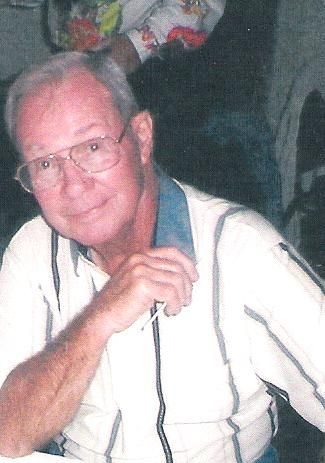 Earl R. Williams, 86, of Punta Gorda, Florida passed away peacefully on February 23, 2012 at his home in Punta Gorda.

Earl was born July 8, 1925 in Warren, Ohio to Benton H. Williams and Ella Williams and stepson to Mary (Cunningham) Williams. They moved shortly thereafter to Pennsylvania where he later grew up and graduated from Bridgeville High School near Pittsburgh. Upon graduation, he enlisted in the U.S. Army and served 30 months in the European Ground Offensive with the 3rd Army 30th Infantry Division. Earl worked as a shipper for the Castle Shannon Coal Co. and the Norfolk and Western Railroad and later Norfolk Southern where he retired as Assistant Chief Dispatcher in 1987. He was a member of the American Legion Post #110, Deep Creek Elks, and Society of the 30th Infantry Division, Loyal Order of Moose and previously Deep Creek Golf Club.

Survivors include his loving wife of 64 years, Doris Jeanne Williams; a daughter, Linda K. (Williams) McNeal of Tallahassee, FL; a daughter in law, Carol L. (Heineman) Williams of Maryland; a sister in law, Marlene (Didion) McMahon; a brother in law, Francis X. McMahon of Tucson, AZ; 2 granddaughters, Jana I. Henderson of Maryville, IL and Kimberly (Johnson) Rause of W. VA; and 1 great-granddaughter, Merchant Henderson and 2 nieces, Constance Thomas of Switzerland and Cyndee Williams of Atlanta, GA. He was preceded in death by his sister, Norma (Williams) Thomas; a brother, Benton H. Williams and sister in law, Catherine (McKnight) Williams.

Friends may visit online at www.robersonfh.com to sign the memory book and extend condolences to the family. Arrangements are by Roberson Funeral Home & Crematory, Port Charlotte Chapel.

To leave a condolence, you can first sign into Facebook or fill out the below form with your name and email. [fbl_login_button redirect="https://robersonfh.com/obituary/earl-williams/?modal=light-candle" hide_if_logged="" size="medium" type="login_with" show_face="true"]
×