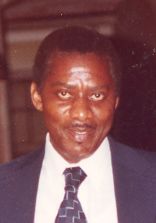 He was born June 3, 1936 in Jamaica, West Indies and moved to Port Charlotte
from Brooklyn, New York 3 years ago. He was a retired commercial printer.

He is survived by his loving family, his wife of 46 years, Mavis E.
Smith of Port Charlotte; a daughter, Cordela ( Juan) Jordan of Port Charlotte; two sons,
Rod (Natasha) Smith of Port Charlotte and Glenn Smith of Jamaica; two sisters, Doreen Hall of Fort Lauderdale, FL and Phyllis Smith of England; two brothers, Archibald Smith
and Lasal Smith both of Jamaica; four grandchildren, Bryan Thomas, Jasmyn Jordan,
Natalya Smith and Jayden Jordan; many nieces and nephews; and many close dear
friends who loved him dearly. He will be gone but not forgotten.

To leave a condolence, you can first sign into Facebook or fill out the below form with your name and email. [fbl_login_button redirect="https://robersonfh.com/obituary/edward-smith/?modal=light-candle" hide_if_logged="" size="medium" type="login_with" show_face="true"]
×