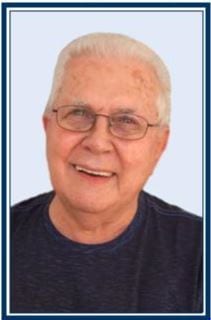 Interment with military honors by the U.S. Navy Honor Guard will be held at Sarasota National Cemetery, Sarasota, FL at a later date.

Edwin L. Luce, 82, of Port Charlotte, Florida passed away on Monday, October 28, 2019 at home surrounded by his loving daughters.

Edwin is survived by his adoring family, including his three daughters, Glenda L. Mercurio and her husband Donald of West Boylston, MA, Kimberly L. Luce of Shrewsbury, MA, and Samantha D. Luce of New York, NY. He also leaves behind his three grandchildren Andrew, Mallory, and Ryan and two great-granddaughters Hailey and Hannah, and his two sisters, Beverly Parker of North Carolina and Janet Fishman of Pennsylvania. He was preceded by his loving son Edwin L. (“Butch”) Luce Jr. in 1994.

Edwin was born on September 25, 1937 in Springfield, Massachusetts to the late Robert and Cecilia (Gurka) Luce. He served in the U.S. Navy before receiving his Masters in Business Administration from American International College. He moved to Port Charlotte in 2001 after retiring from a career as an accountant. Edwin was a “friend of Bill,” and he achieved 48 plus years of sobriety. He was committed to helping people suffering from addiction, and is the former president of the Easy Does It Club in Port Charlotte. He enjoyed traveling, camping, spending time with his family, and reading the newspaper. Ed’s favorite thing to say was “where’s my coffee?”

To leave a condolence, you can first sign into Facebook or fill out the below form with your name and email. [fbl_login_button redirect="https://robersonfh.com/obituary/edwin-l-luce/?modal=light-candle" hide_if_logged="" size="medium" type="login_with" show_face="true"]
×

Interment with military honors by the U.S. Navy Honor Guard will be held at Sarasota National Cemetery, Sarasota, FL at a later date.