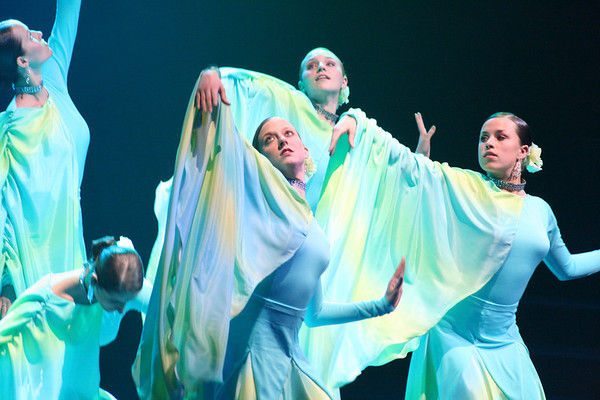 Born November 15, 1915 in Shamokin, Pennsylvania to Raymond and Matilda Fagley. Billie grew up in St. Louis and Fulton, Missouri. Billie moved to Port Charlotte with her husband Loyd in 1980 from Cheshire, Connecticut. They were both active members of the Port Charlotte United Methodist Church, the Martha Circle of the church, the Maine Club, the Missouri Club, and the New Floridian Club all of Port Charlotte. In the late 1990s they moved to South Port Square where they became active members of the retirement community there.

After receiving an Associate Degree from William Woods College in Fulton, Missouri,
Billie completed her education at New College, a part of Columbia University in New York City,
earning her Bachelors and Masters Degrees in Physical Education. It was in New York City
that Billie was introduced to modern dance and renowned dancers, Martha Graham, Doris
Humphries, Charles Wideman and Hana Holmes, who became her teachers. Billies gift for teaching dance has led her around the world glimpsing history in the making. She taught
social dance at the 1936 Olympics in Berlin, attended dance classes in England, Poland,
Japan and the Philippines. During an illustrious career on faculty at Southern Connecticut University she was instrumental in establishing a dance minor to the colleges curriculum. Since retiring from teaching, Billie continued to do what she loved most. Even into her late eighties, she could be found organizing dance routines at South Port Square events. And at the first note of most any kind of music, her toe tapping would lead to moving with grace, style and true exuberance for dance.

She is survived by her son, Charles R. (wife-Sue) Barrow of Macon, Mo., a daughter, Bonnie B. (husband-Dennis) Sakos of Millington, NJ; a brother, George Fagley of Pompano Beach, FL; 7 grandchildren, Ginger, Tina, Bryan, Eva, Lindsey, Shane, and Stephanie; and a great grandson, Jacob. She was preceded in death by her loving husband of 56 years, Loyd and her beloved son David L. Barrow.

To leave a condolence, you can first sign into Facebook or fill out the below form with your name and email. [fbl_login_button redirect="https://robersonfh.com/obituary/elizabeth-barrow/?modal=light-candle" hide_if_logged="" size="medium" type="login_with" show_face="true"]
×