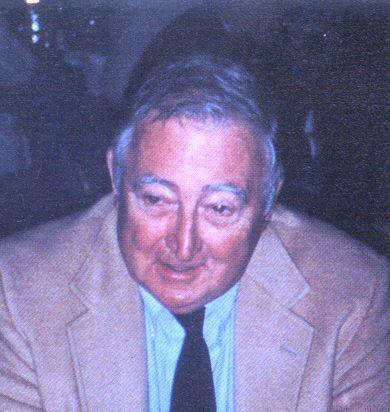 Jack was born Ernest Wilson Beck, Jr. on September 7, 1916 in Chicago, Illinois to the late Ernest W. and Dora A. (nee-Waterman) Beck. Jack and his beloved wife Patricia moved from Chicago to Punta Gorda in 1973, while Jack continued to operate his own heavy Industrial Construction Company until 1990 when he sold his business. Jack graduated from Purdue University with a Bachelor of Science Degree in Engineering in 1939. He was active with the British Government during the early war years, eventually being commissioned as a Lieutenant in the U.S. Navy. Jack was vitally interested in the affairs of his adopted city of Punta Gorda, serving three years on the Code Enforcement Board followed by four years on the City Council, and three years as its Mayor. Jack was a member of the Western Society of Engineers, his college fraternity, Phi Kappa Sigma, the Chicago and Isles Yacht Club’s, and Burnt Store Presbyterian Church in Punta Gorda.

He is survived by his beloved sons, Thomas Beck of Punta Gorda, and Richard Beck of Bradenton, FL; and one brother Richard (Dick) Beck of Louden, TN. Jack was preceded in death by his lovely wife Patricia on September 2, 2005.

To leave a condolence, you can first sign into Facebook or fill out the below form with your name and email. [fbl_login_button redirect="https://robersonfh.com/obituary/ernest-beck/?modal=light-candle" hide_if_logged="" size="medium" type="login_with" show_face="true"]
×