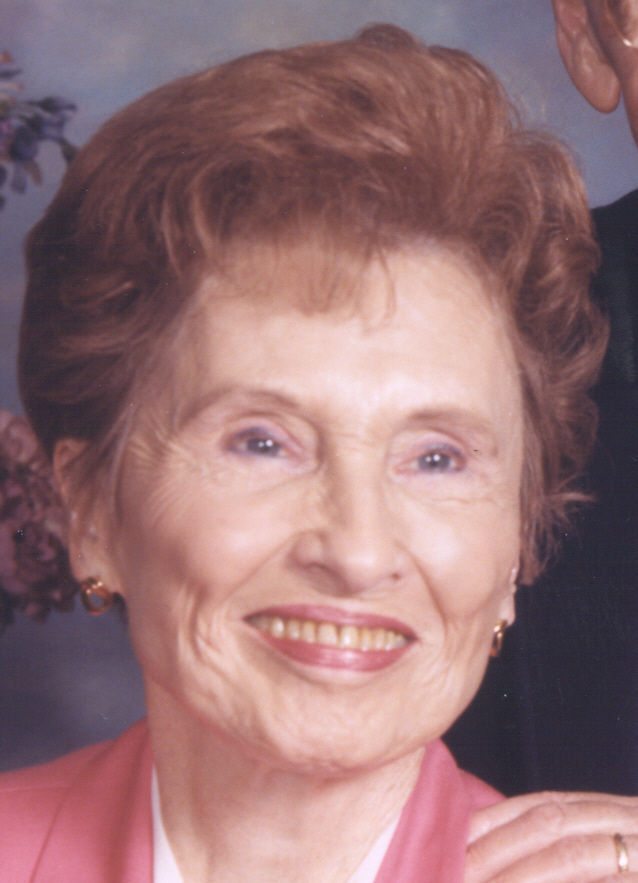 She was born September 15, 1921, in Kansas City, Missouri. Fran Love graduated from the University of Missouri, where she was a member of Kappa Alpha Theta sorority. She said the happiest day of her life was June 5, 1943, when she married her high school sweetheart, John J. Love, in Manhattan Beach, California. Fran and John celebrated their 66th wedding anniversary in June.

Fran and John raised their children in Lake Forest, IL, where Fran was a leader of the PTA, before moving to Kalamazoo, Mich. Fran earned a Masters Degree in Education from Western Michigan University and was a reading specialist in the Michigan public schools.

Fran and John Love built a home in Punta Gorda Isles in 1989, where she was active in the Visual Arts Center. In 2007 John and Fran moved to South Port Square in Port Charlotte. They appreciate the kindness of their many friends there and at The Church of the Good Shepherd Episcopal in Punta Gorda where she was a member.

Everywhere they went, Fran and John were known as an exceptionally close and affectionate couple who had been in love since their teens. Asked about the secret of their long relationship, Fran recently said: “Patience, persistence, forgiveness, and love.”

A memorial service will be held Monday 2:00 PM, July 27, 2009 at The Church of the Good Shepherd Episcopal, Punta Gorda, FL. The Rev. Vincent F. Scotto, Rector and longtime friend will officiate

To leave a condolence, you can first sign into Facebook or fill out the below form with your name and email. [fbl_login_button redirect="https://robersonfh.com/obituary/frances-love/?modal=light-candle" hide_if_logged="" size="medium" type="login_with" show_face="true"]
×