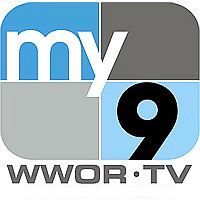 Born Francis Charles Garufy on December 19, 1914 in New London, Connecticut, Francis, a retired broadcast TV engineering manager for WWOR in New York City, was instrumental in the design and installation of the broadcast antennas on the World Trade Center Tower. He moved from Roselle, New Jersey to Punta Gorda in 1985 where he resided until relocating to Port Charlotte in 2006. Francis was a member of San Antonio Catholic Church in Port Charlotte, Knights of Columbus Council No. 12456, and the Society of Broadcast Engineers.

Survivors include his loving children, a daughter Diane Quimby of East Stroudsburg, PA, two sons, Francis C. Garufy II of California, and Robert A. Garufy of Arden, NC; 3 grandchildren, Joseph, Janice and Jennifer, and 2 great grandchildren, Shane and Anthony. Francis was preceded in death by his beloved wife of 66 years, Leona A. Garufy on July 29 of 2006.

To leave a condolence, you can first sign into Facebook or fill out the below form with your name and email. [fbl_login_button redirect="https://robersonfh.com/obituary/francis-garufy/?modal=light-candle" hide_if_logged="" size="medium" type="login_with" show_face="true"]
×