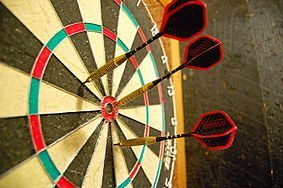 Born on June 15, 1945 in Pontiac, Michigan, Fred, an ace Mechanic, moved to Punta Gorda from his native Michigan in 1989. Fred enjoyed playing Darts for fun and as a sporting game, and was a Champion Darts Player. He was an active member of the Loyal Order of Moose Lodge 1693 and member of American Legion Post 103, both in Punta Gorda.

He is survived by his beloved sister Muriel (nee-Evans) Kaier; nephew Charles (wife-Erin) Kaier; Aunt Muriel Gardner; and cousin’s Janet (husband-Lee) Murray and Ryan (wife-Carolyn) Murray. Fred was preceded in death by his mother Phyllis Hesselgrave in 2001 and his father Harry Evans in 1959.

To leave a condolence, you can first sign into Facebook or fill out the below form with your name and email. [fbl_login_button redirect="https://robersonfh.com/obituary/frederick-evans/?modal=light-candle" hide_if_logged="" size="medium" type="login_with" show_face="true"]
×