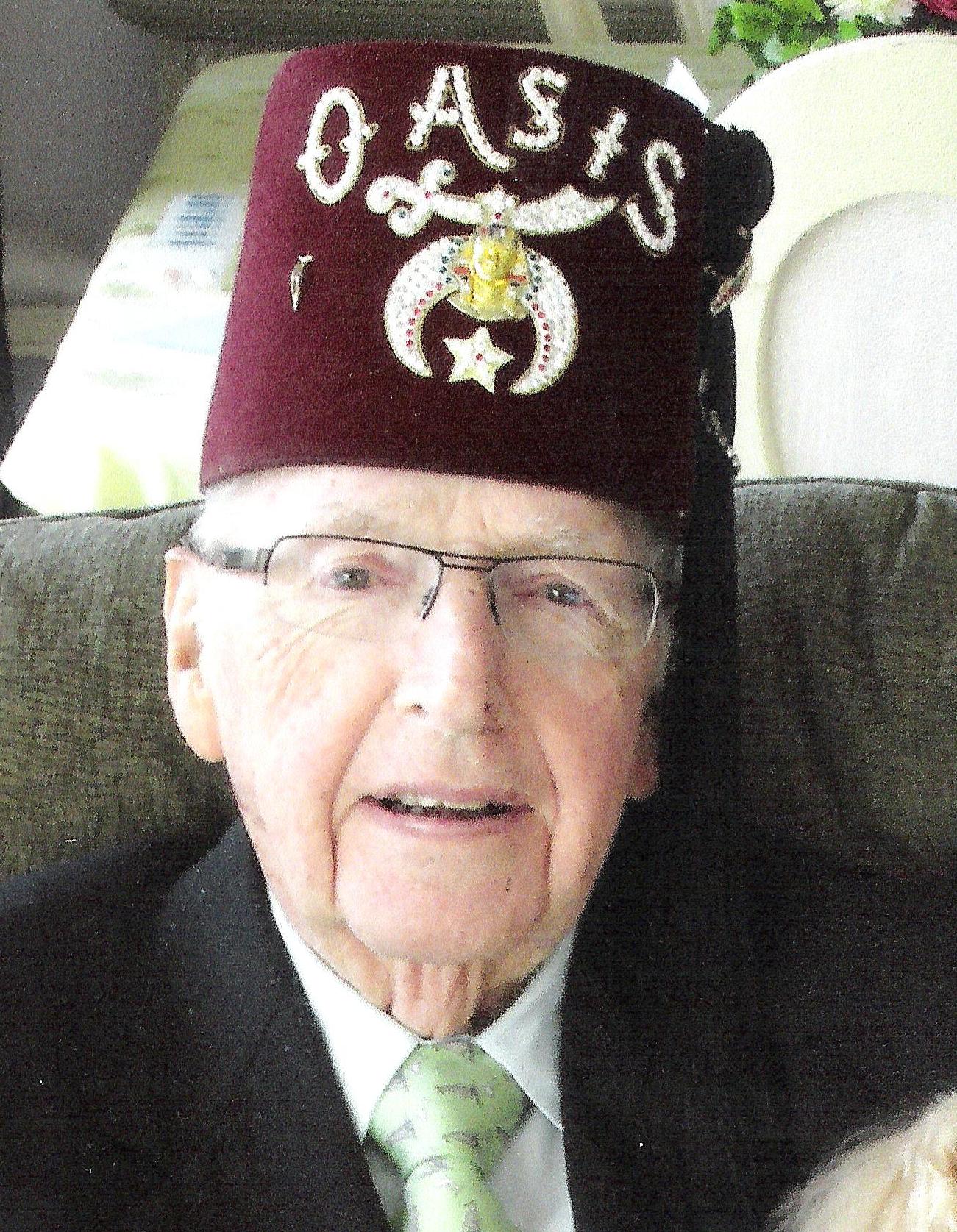 Fredrick Gar Titus, 93, of Port Charlotte, Florida went home to be with the Lord on Wednesday, February 15, 2017 at Fawcett Memorial Hospital, Port Charlotte.

Fred was born January 29, 1924 in Marion, Indiana. He was the youngest of 7 children. Fred was educated in Battle Creek, Michigan and spent most of his working career in Chicago, Illinois where he was employed as a Purchasing Agent for Bell & Howell for 28 years.

Fred enlisted in the U.S. Army in January 1942 and served with the 477th Ordinance Evacuation Unit in North Africa and Italy until his discharge. In 1946 he married Helen Hessert of Chicago.

Helen dies in 1996 and is buried in Hendersonville, NC. Fred joined the Masonic order in 1952 in Chicago and became a member of the Scottish Rite and Medinah Shrine Temple. He was Master of King Oscar Lodge No 855 A.F. & A.M. in 1958 and 1959. He was also active in the Shrine Units Arab Patrol. After moving to North Carolina, Fred transferred to the Oasis Shrine Temple and the Hendersonville Shrine Unite where he was an active Shrine Clown. Upon moving to Port Charlotte in 2001 he became a member of the Charlotte County Shrine Club. He attended the Port Charlotte United Methodist Church. In 1998, Fred married Becky Lee Addington-Miller in Hendersonville, NC and the moved to Port Charlotte in 2001. Becky died peacefully at home in October of 2011.

He is survived by his niece, Barbara Potter of Chicago, Illinois and his best friends Ray and Fran Rowley of Port Charlotte.

Masonic service and entombment will be held 11:00AM, Thursday, February 23, 2017 at Forest Lawn Chapel in Hendersonville, NC.

To leave a condolence, you can first sign into Facebook or fill out the below form with your name and email. [fbl_login_button redirect="https://robersonfh.com/obituary/fredrick-gar-titus/?modal=light-candle" hide_if_logged="" size="medium" type="login_with" show_face="true"]
×