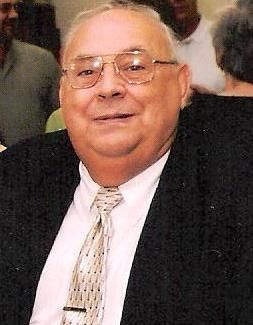 George C. Grimbilas, 80, of Punta Gorda, FL. passed away after a brief and sudden illness on Wednesday, May 18, 2011 at Fawcett Memorial Hospital in Port Charlotte. He was born March 10, 1931 son of Chris Grimbilas and Della Coroneos of Portsmouth, NH and retired to Punta Gorda in 2001 with his wife Mary Venetsanakos-Grimbilas from Lynn, MA. He was an altar boy for Saint Nicholas in Portsmouth, NH. George attended Portsmouth High School and Graduated in 1949, Nickname “Bugaboo”. He played basketball and was a pitcher for the high school baseball team.
He played for the Yankees farm team Columbus and he attended Bunker Hill Community College.

He entered the military, Department of the Navy, December 1951 and received an honorable discharge in December 1959. He served on the USS Lake Champlain CV-39, during the Korean War and also served on the USS Bennington. He worked for Lynn Screw Company; Archway Cookies; General Electric; Sterling Machine and Spartan Precision Machine.

Funeral Services and interment will be held in Lynn, Mass.

To leave a condolence, you can first sign into Facebook or fill out the below form with your name and email. [fbl_login_button redirect="https://robersonfh.com/obituary/george-grimbilas/?modal=light-candle" hide_if_logged="" size="medium" type="login_with" show_face="true"]
×