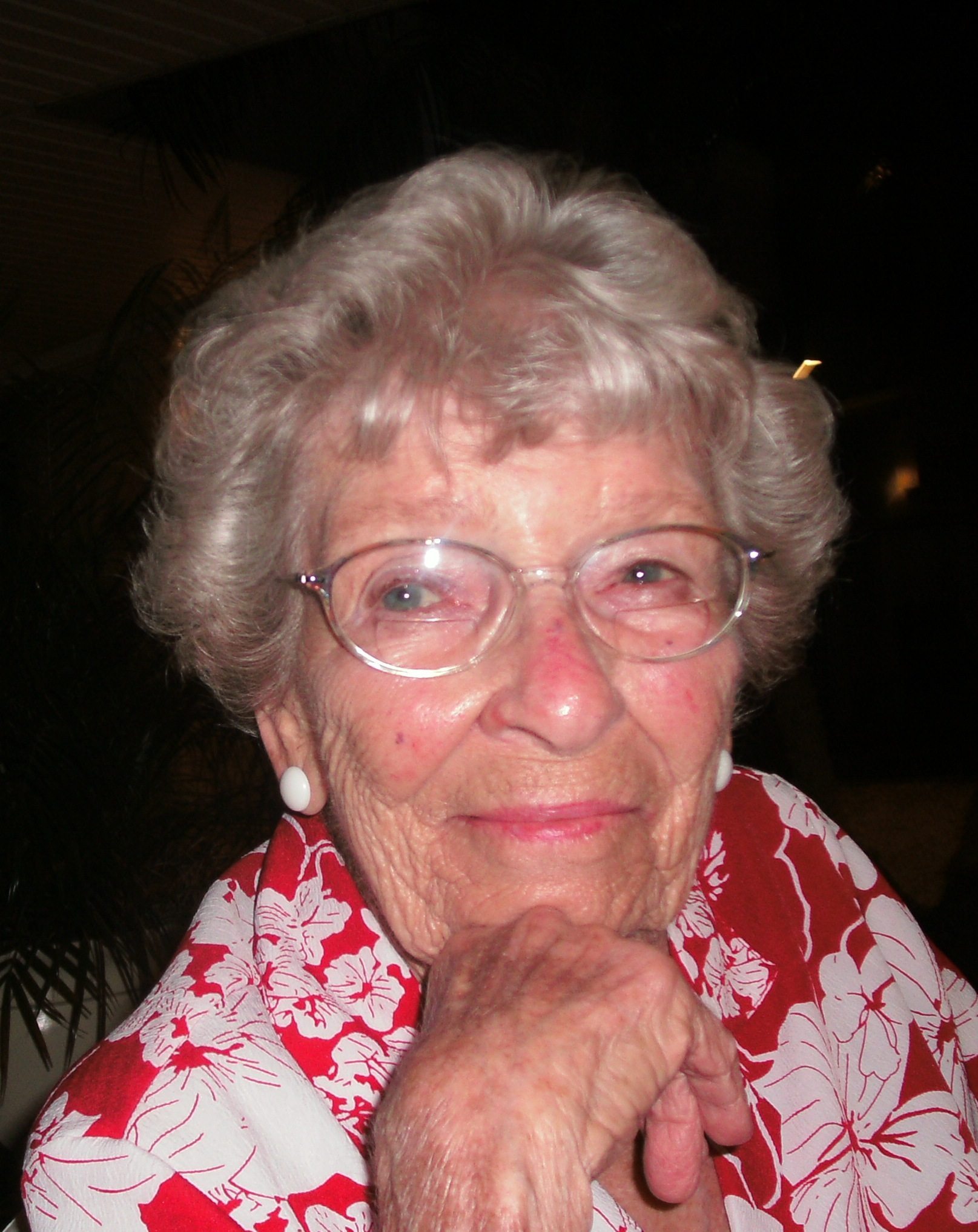 Gloria was born January 14, 1926, in Forty Fort, Pennsylvania, the eldest child of three children to the late Charles N. and Adeline S. (nee – Moyers) Kimble. She grew-up with her younger sister and brother in White Plains, New York. After graduating high school, Gloria, and her sister Jean, went to work as Telephone Switchboard Operator’s. She then married Richard “Dick” Shakeshaft, and together, they moved from Elmsford, NY to Port Charlotte in 1958. They opened Dick’s Lawn & Mower Service on Bayshore Rd in Charlotte Harbor. Gloria would go on to work for Harvey McCloud Funeral Home as Harvey’s secretary, a position she would continue and more with Kay’s Funeral Home, Kay’s Ponger Funeral Homes, and for twenty years with Roberson Funeral Homes & Crematory, in a long funeral service career spanning 50 years. During the years of Ambulance service provided by the local funeral homes, Gloria had began listening to Police & Emergency Bands on a portable scanner, a habit she maintained for the rest of her life. Gloria loved as well entertaining friends, especially around the holidays, dressing up for occasions, golfing, traveling, and cruising. She was also an avid Bingo player and enjoyed playing the slots.

She is survived by her loving sister, Jean K. Reagle of Osprey, FL; nephews Bill and Kim Reagle; niece, Terri K. Stewart and grand niece, Julie Hoppe, both of Sarasota, FL; Shakeshaft nephews and niece, Russ, Bob, Scott, Ken, and Nancy; and many extended family members. In addition to her parents, Gloria was preceded in death by her younger brother, Richard Kimble.

To leave a condolence, you can first sign into Facebook or fill out the below form with your name and email. [fbl_login_button redirect="https://robersonfh.com/obituary/gloria-l-shakeshaft/?modal=light-candle" hide_if_logged="" size="medium" type="login_with" show_face="true"]
×