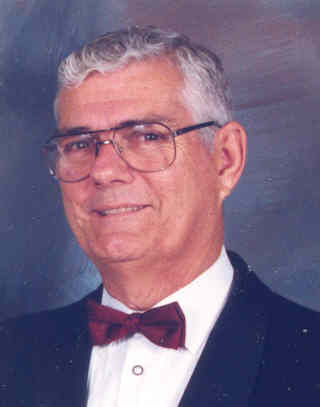 He was born August 13, 1932 in Brooklyn, New York and moved to Port
Charlotte in 1975 from Grosse Pointe, Michigan. Bob was the former owner of
WCCF Radio and the Charlotte Travel Agency. Member of St. Charles Borromeo
Catholic Church where he was a Eucharistic Minister, Past Exalted Ruler and member of
Elks Lodge 2153 of Port Charlotte, former member of Charlotte Harbor Rotary Club and
Rotary Club of Harbour Heights -Peace River and a Paul Harris Fellow. He was a veteran of the Korean War serving in the U.S. Navy Reserves.

He is survived by his loving wife of 50 years, Joan T. Reinhard of
Port Charlotte; a son, H. Robert Reinhard, II of Fort Myers, FL; and a sister, Faith (John)
Stanley of Selden, NY; sister-in-law, Carolyn (Rudy) Bruno of Punta Gorda; He was preceded in death by his daughter, Kathryn Reinhard, who died in 1994.

To leave a condolence, you can first sign into Facebook or fill out the below form with your name and email. [fbl_login_button redirect="https://robersonfh.com/obituary/h-reinhard/?modal=light-candle" hide_if_logged="" size="medium" type="login_with" show_face="true"]
×