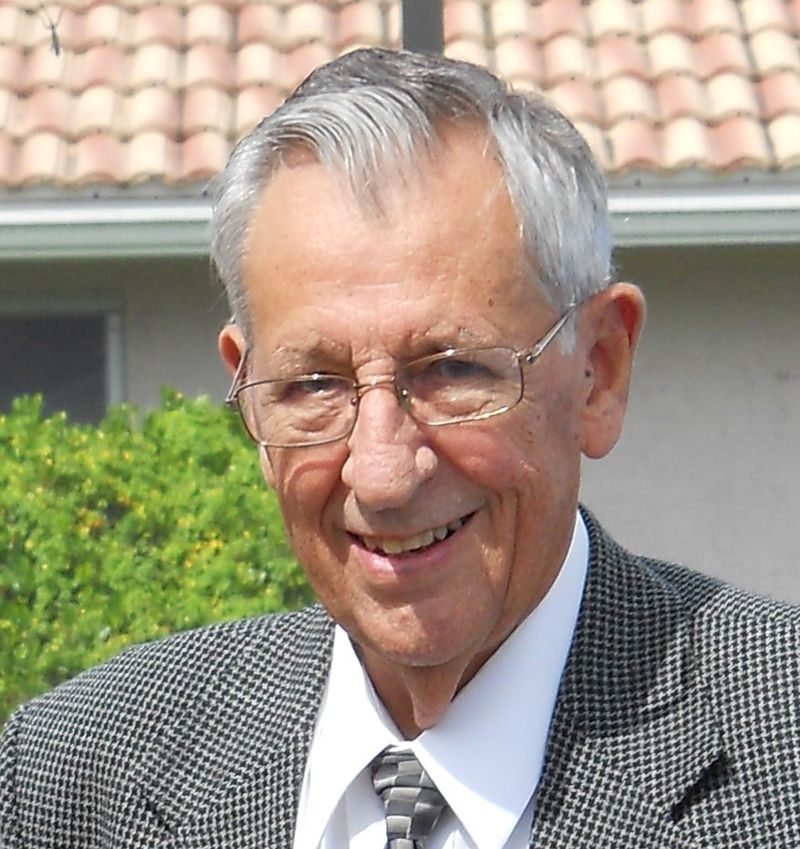 He was born July 22, 1921 in San Francisco, California to the late Walter Monroe Clark and Alvina (nee – Mohr) Clark, where he lived for seventeen years. He graduated from High School and then from Technical Junior College in Industrial Chemistry, both in San Francisco.

Harold graduated from the Merchant Marine Academy at Kingsport, New York in 1944. Then, he served as a Merchant Marine ship’s officer till the end of the World War II. After the war he worked for Shell Development Company for 27 years as Chemical Engineer and Safety Engineer. He then worked for the Department of Labor as a Safety Engineer and Industrial Hygienist for about 12 years. He spent a few years consulting before retiring permanently.

He is survived by his four children, Dennis Clark of Punta Gorda, Karin Barnes of Oceanside, CA, Scott Clark of Washington, UT, and Gregory Clark of Sao Paulo, Brazil. He also leaves sixteen grand and twenty four great grandchildren scattered throughout the U.S., Brazil and France. In addition to his parents, Harold was preceded in death by his only sibling, a brother, Frank Clark, and his beloved wife of 70 years, Arnell L. Clark.

To leave a condolence, you can first sign into Facebook or fill out the below form with your name and email. [fbl_login_button redirect="https://robersonfh.com/obituary/harold-clark/?modal=light-candle" hide_if_logged="" size="medium" type="login_with" show_face="true"]
×