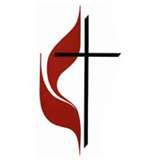 Harold was born on August 30, 1914 in Rose, New York. A former Vice President and Treasurer of Oxford University Press in New York, and retired CPA and Financial Executive, Harold and his wife Helen, moved to Punta Gorda in 1979 from Ridgewood, New Jersey. He was presented an Honorary Masters Degree by the University of Oxford, England, and was Past President of the New York Chapter of Financial Executive Institutions. He was also Past Commodore of the Minisceongo Yacht Club of Stony Point, New York; member of Flotilla 98 U.S.C.G. Auxiliary, and a member of Port Charlotte United Methodist Church, Port Charlotte, FL, and the Religious Society of Friends of Farmington, New York.

To leave a condolence, you can first sign into Facebook or fill out the below form with your name and email. [fbl_login_button redirect="https://robersonfh.com/obituary/harold-dejager/?modal=light-candle" hide_if_logged="" size="medium" type="login_with" show_face="true"]
×