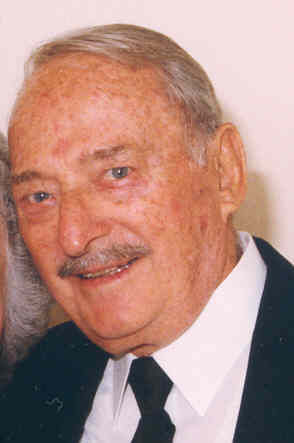 Born on July 12, 1913 in Camden, New Jersey, Herb, who moved to Port Charlotte from Bonita Springs, Florida in 1987 came to Florida with his wife Helen, from their longtime home of Westfield, New Jersey after retiring from General Motors Corporation. He was a member of Murdock Baptist Church in Port Charlotte.

Survivors include his beloved children, sons Robert C. Hollis of Somerset, KY, George Hollis of Phoenix, AZ, Herbert C. Hollis III of Port Charlotte, FL, and Charles E. Hollis of Lake Wales, FL, and daughters Regina M. Jones of South Plainfield, NJ, and Dorothy A. McWhorter of Perrineville, NJ; 16 grandchildren and 31 great grandchildren. He was preceded in death by his beloved wife of 70 years, Helen Marie Hollis on September 23, 2007, and a son, Christopher on September 15, 1973.

To leave a condolence, you can first sign into Facebook or fill out the below form with your name and email. [fbl_login_button redirect="https://robersonfh.com/obituary/herbert-hollis/?modal=light-candle" hide_if_logged="" size="medium" type="login_with" show_face="true"]
×