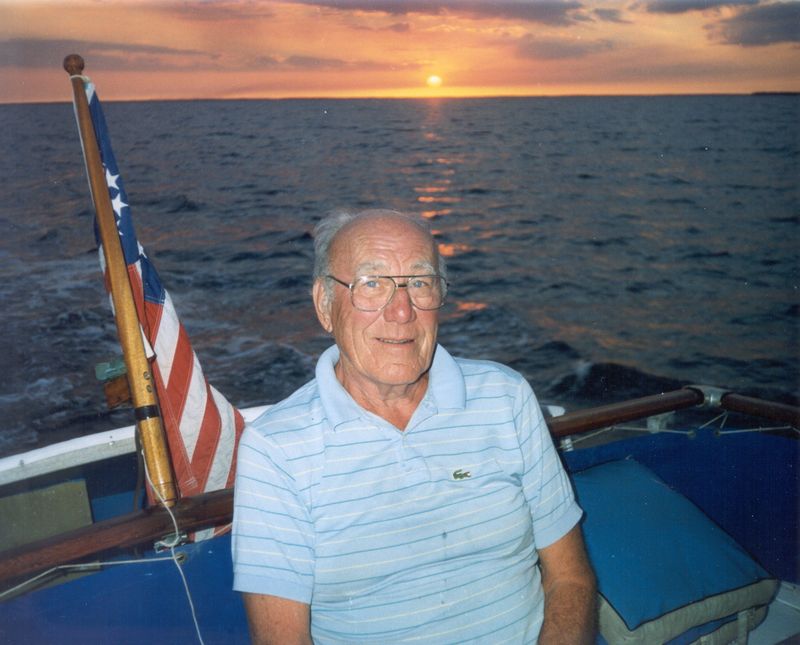 He was born in Boston Massachusetts, February 25, 1921. Jim graduated from Wentworth Institute in Boston and served in the United States Navy, World War II. He was a self employed builder and retired to Punta Gorda, Florida from Cape Cod, Massachusetts, in 1994. Jim was a 50 year member of the Masonic Lodge of Alpha, MA, and member of Friendship United Methodist Church in Punta Gorda.

He is survived by his wife of 61 years, Ruth J. Harbison; one son, James (wife-Carol) Harbison III, one daughter, Judith (husband-Richard) Pickering; one grandchild, Leslie (husband-Tom) Murray, and several nieces and nephews. He was preceded in death by a sister, Caroline Harbison Bernard.

To leave a condolence, you can first sign into Facebook or fill out the below form with your name and email. [fbl_login_button redirect="https://robersonfh.com/obituary/james-harbison/?modal=light-candle" hide_if_logged="" size="medium" type="login_with" show_face="true"]
×