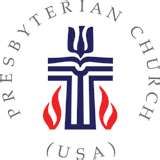 John L. DeWeese, 83, of Port Charlotte, Florida died Wednesday, June 23, 2010.He was born December 31, 1926 in Lima Ohio. John was a veteran of World War II serving in the US Army. He was educated at Heidelberg College with a degree in physics. He worked as an engineer for General Electric and Westinghouse often traveling internationally to fix or install new systems. John was quite capable in his work, having two patents, and building an airplane that he flew for several years and a sailboat. Later he enjoyed constructing large model planes that he flew at a local airfield used for this purpose. John was a member of First Presbyterian Church of Port Charlotte; he was in the choir and was a bass soloist.

To leave a condolence, you can first sign into Facebook or fill out the below form with your name and email. [fbl_login_button redirect="https://robersonfh.com/obituary/john-deweese/?modal=light-candle" hide_if_logged="" size="medium" type="login_with" show_face="true"]
×