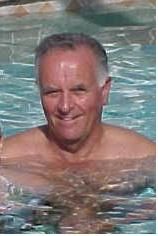 Jack was born March 1, 1942 in Sault Ste. Marie, Michigan graduating from Brimley High School in 1961 and attended Lake Superior State College. He served in the U.S. Coast Guard from 1964-1969 and was stationed in Hartford, Connecticut, where he received a Good Conduct Medal, National Defense Service Medal, and many letters of commendation. He was employed by Cedar Fair from 1969 to 2004. Jack was a member of many organizations, including the Elks Lodge, American Legion, and the Ohio State Department of Agriculture. He was a lifetime member of the AMVETS, Sandusky, Ohio. He was a former member of Plum Brook Country Club and also served as Chairperson on the State of Ohio Advisory Board on Amusement Ride Safety. He and his wife retired to Rotonda West in 2004 to play golf.

He is survived by his wife of 41 years, Eileen (Cookie) Fletcher; three daughters, Lisa (Eric) Christiansen, Jackie (Jon) Ranisate, and Ruth Fletcher; 4 granddaughters Erica, Claire, Danielle, and Camille; and a grandson Matthew; his mother, Kaye Fletcher; a sister, Judy Jones; and a brother-in-law Jack (Rita) Baus. He was preceded in death by his father, Norman, and sister, Doris.

To leave a condolence, you can first sign into Facebook or fill out the below form with your name and email. [fbl_login_button redirect="https://robersonfh.com/obituary/john-fletcher/?modal=light-candle" hide_if_logged="" size="medium" type="login_with" show_face="true"]
×