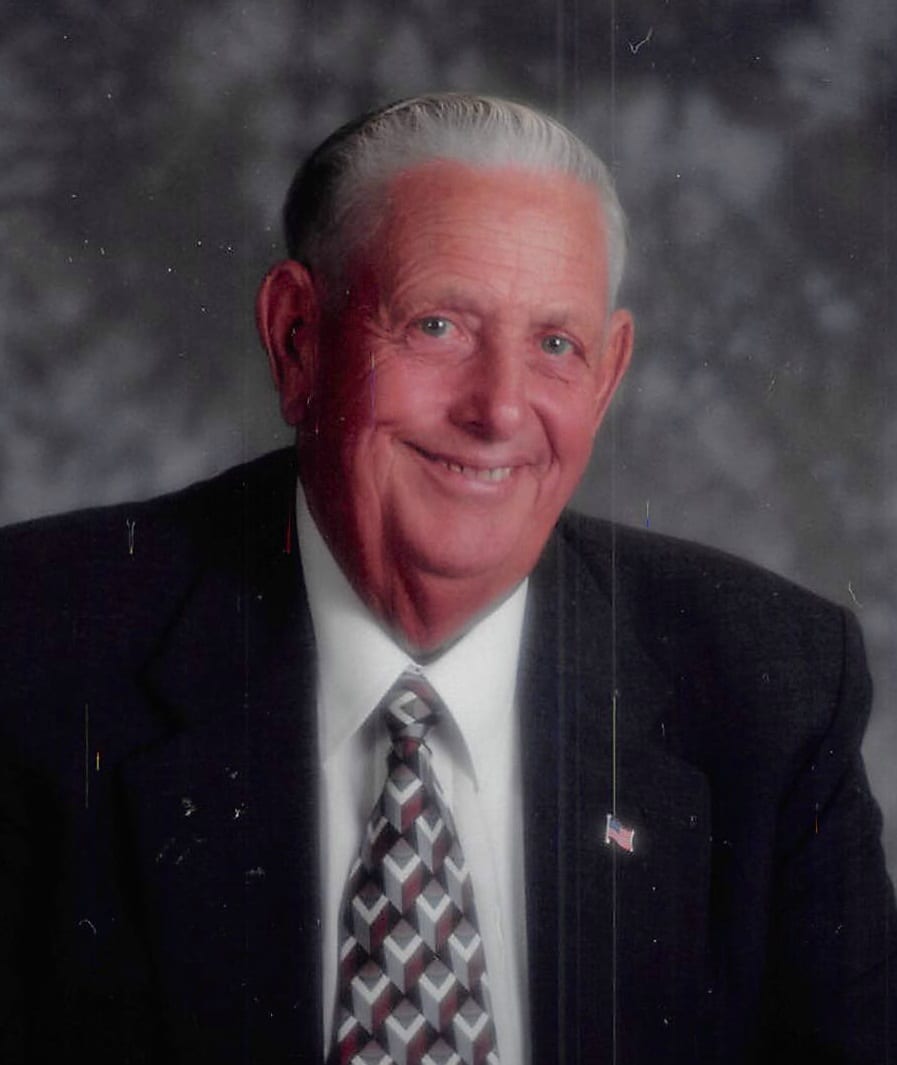 Military Honors by U.S. Navy Honor Guard will be held at the cemetery.

Master Chief Petty Officer John “Jack” Lee Knoll, U.S. Navy ret., 87, former resident of Punta Gorda, Florida completed his last tour of duty on September 17, 2020 in Lake Forest, Illinois.
He passed away peacefully at home surrounded by his family. Just like he dealt with all experiences in life, Jack managed his last few years with strength and grace, wanting to spend as much time as possible with his daughter, granddaughters and great grandchildren. He moved to Kansas City, MO in Nov. 2018. Jack was born on a dairy farm in Beaver Dam, Wisconsin on September 4, 1933 to the late Orrin & Rose Knoll.  Jack enlisted in December 1951, graduating from Great Lakes Naval Training Center in 1952. Upon graduation he was assigned to the USS Furse in the Mediterranean Sixth Fleet. During the Korean War Jack served on the USS Robert H. McCard where he was fondly referred to as a “Tin Can Sailor”. He was awarded a Bronze Star and many other medals. His duty stations included Japan, Okinawa, Greece, Washington, D.C., California, Texas and Illinois. Jack was married to the late Marlene May Brown of Fort Atkinson, Wisconsin. Jack and Marlene met at a polka dance.  They eloped and married in Boston, Massachusetts on December 13, 1952, and were married for 65 years. Marlene passed away on October 17, 2018. Jack retired from the Navy in 1974 and moved to Florida to begin a career in banking.  He retired as manager for the Florida Central Credit Union, Port Charlotte, Florida in 1998. Jack loved sports. He participated in boxing, basketball, softball and bowling.  His love and dedication to the game of golf was immeasurable. He golfed until the age of 80. In his prime he maintained a single digit handicap and was very proud of his four holes in one. When he stopped playing he became a ranger, riding his cart around the course, enforcing the rules.  Jack was a long time member of the Deer Creek Golf Club, Punta Gorda, Florida. His other favorite interests included cribbage, dancing, fishing, hunting and boating. He was an active member of the American Legion in Punta Gorda, Florida and the VFW in Port Charlotte, Florida. Jack also was a devoted Catholic and member of the Sacred Heart Church, Punta Gorda, Florida. Jack and Marlene were passionate about football, and even though they would cheer on the Florida NFL teams, they remained diehard Green Bay Packer fans. Jack especially loved his numerous Dobermans over the years and named each male “Chief”.
Jack was also preceded in death by his son-in-law, Richard Jarosz, brothers, Gene & Robert Knoll and his sister, Charlotte Kutzke. He is survived by his daughters, Cheryl “Cher” Jarosz-Leone (Kenneth Leone) of Lake Forest, IL and Jacquenette “Jackie” Mitchler (Richard) of Hortonville, Wis. Jack is also survived by 5 granddaughters and 7 great grandchildren.
Mass of Christian Burial will be held at Sacred Heart Catholic Church, 211 W. Charlotte Ave., Punta Gorda, FL 3390 on Thursday, October 1, 2020 at 11:00 AM. Interment with military honors by a U.S. Navy Honor Guard will follow at 2:00 PM, October 1st at Sarasota National Cemetery, Sarasota, FL. The family held a private visitation on Sept. 24th in Lake Forest, Illinois.
Memorial donations may be made to “Bone Voyage” (BV), a not-for-profit organization located in Ajijic, Mexico.  BV rescues street dogs and flies them north to the US and Canada to forever homes. Since starting 2 years ago, BV has rescued 900 dogs. Their mission is to save as many street dogs as possible and to help people who have saved dogs but do not have the financial means to fund them. Jack enjoyed hearing some of the stories of the lucky street dogs finding homes.  Donations can be made with PayPal to bonevoyage9@gmail.com.
Friends may visit online at www.robersonfh.com to extend condolences to the family. Arrangements by Roberson Funeral Home Punta Gorda Chapel.

To leave a condolence, you can first sign into Facebook or fill out the below form with your name and email. [fbl_login_button redirect="https://robersonfh.com/obituary/john-lee-knoll/?modal=light-candle" hide_if_logged="" size="medium" type="login_with" show_face="true"]
×

Military Honors by U.S. Navy Honor Guard will be held at the cemetery.