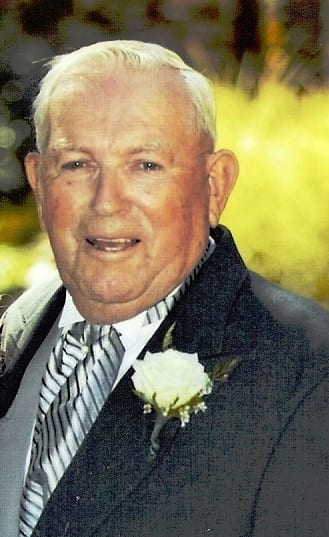 John was born June 22, 1927 in Cahersiveen, County Kerry, Ireland to the late, William and Mary Garvey. He was one of five children, including the late Mary (Garvey) Fenton, and the late Michael Garvey. He immigrated at age 22 to the United States on January 24, 1950 and settled in the Inwood Community of New York City, NY. For the 40+ years he lived in Inwood, he was a long-term parishioner of Good Shepherd Church. John was a retired telephone installer for NYNEX Telephone Co. in New York. He and his wife Winifred (Una Clancy) moved to Port Charlotte in 1995 from New York, NY. He was a member of St. Charles Borromeo Catholic Church in Port Charlotte.

John was a U.S. Army veteran who was stationed in Germany during the Korean War, serving with the 8th Infantry Tank Company Regiment where he was awarded the Army of Occupation Medal Germany. He was proud to wear the uniform of the United States Army and became a citizen of the U.S. upon his honorable discharge.

John enjoyed handball, bowling, golfing, and dancing. He was a member of the American Legion Post 110 and an avid patron of the Celtic Ray Pub in Punta Gorda where he enjoyed many a Guinness. John also enjoyed spending time with his dog, Lucky. John lived life to the fullest and could always be counted on for a good conversation and a hearty laugh.

Friends may visit online at www.robersonfh.com to extend condolences to the family.
Arrangements by Roberson Funeral Home Port Charlotte Chapel.

To leave a condolence, you can first sign into Facebook or fill out the below form with your name and email. [fbl_login_button redirect="https://robersonfh.com/obituary/john-paul-garvey/?modal=light-candle" hide_if_logged="" size="medium" type="login_with" show_face="true"]
×