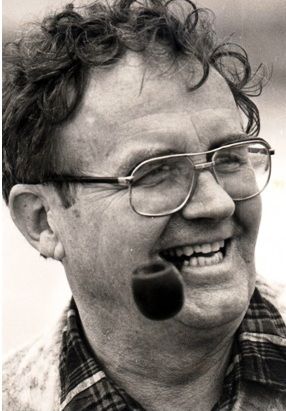 Jack was born to Esther and John W. Power on Feb. 8, 1923 in Arlington, MA and moved to Port Charlotte in 1999 from Long Island, NY. He graduated from Phillips Academy in Andover, MA and Yale University in New Haven, CT and served in the Navy during WWII as a radio operator aboard the aircraft carrier USS Kalinan Bay in the Pacific Theater. He married Lenore G. Jewett in 1944 while stationed in Chicago, IL for naval training. They raised nine children together. Jack enjoyed a long and successful career in the ink industry, starting at International Printing Inks and retiring at age 70 from Van Son Holland Ink in Long Island. He received a lifetime achievement award in 1995 from the National Association of Printing Ink Manufacturers for his adaptations of ink chemistry for archival and security uses, as well as his education programs for printing associations around the world. A lifelong boat owner and fishing enthusiast, Jack sailed or motored his vessels through all the waterways of the east coast and no fish was safe from his lures. He shared his love of music with his children and grandchildren, teaching them to play piano, guitar and sing in harmony. Several went on to successful careers in music thanks to Jack’s influence. When he retired to Florida, he helped found the Darkwood Music Center in Punta Gorda, and was a member of several community bands including Rachel’s Rascals. When he was in his 80s, Jack served as the youth music director at Sacred Heart Catholic Church in Punta Gorda, FL and provided music for the weekly worship service at Lexington Manor in Port Charlotte. Jack and Lee celebrated 70 years of marriage in June with a gathering of family and friends at Lexington Manor.

Memorial services will be at 1 p.m. April 12 at Emmanuel Chapel in Manchester, MA. He will be laid to rest at a later time at Mount Auburn Cemetery in Cambridge, MA. Memorial contributions may be made in Jack Power’s honor to the Trustees of Phillips Academy in Andover, MA.

To leave a condolence, you can first sign into Facebook or fill out the below form with your name and email. [fbl_login_button redirect="https://robersonfh.com/obituary/john-power/?modal=light-candle" hide_if_logged="" size="medium" type="login_with" show_face="true"]
×