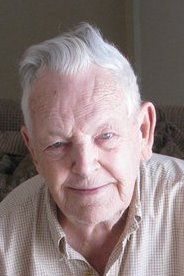 Jack was born on December 10, 1924 in Cleveland, Ohio, where he spent most of his life. He enjoyed his last years living in Florida. Jack served in the United States Air Force and was a proud graduate of University School in Shaker Heights as well as Cornell University where he was a DKE Fraternity brother. He was dedicated to helping others and enjoyed volunteering as an active member and past president of the Shaker Heights Rotary Club.

Jack’s family will fondly remember him for his love of music and true zest for life. Jack enjoyed singing and dancing with his family and lived his life to the fullest every day.

To leave a condolence, you can first sign into Facebook or fill out the below form with your name and email. [fbl_login_button redirect="https://robersonfh.com/obituary/john-wieser/?modal=light-candle" hide_if_logged="" size="medium" type="login_with" show_face="true"]
×