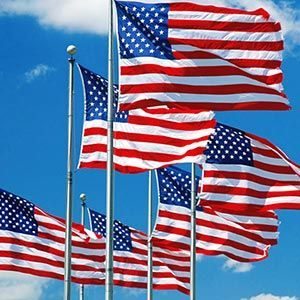 He was born August 30, 1931 in Piermont, NY, a village on the banks of the Hudson River. As a boy, Joe considered the river his home, spending countless hours trapping muskrats and blue crabs and walking the marshes and woodlands. He also loved caddying at Rockland Country Club for his uncle and father and once even caddied for a group that included Babe Ruth. Joe attended Tappan Zee High School where he played football under the leadership of football coach, Nick Mottola, his first mentor. After graduation Joe attended Cortland State College in NY for one year and then enlisted in the U.S. Navy in 1951. He served four years in the submarine service while stationed in New London, CT.

After discharge from the Navy, Joe returned home to attend Fairleigh Dickinson, where he studied Literature and English. In 1959, he joined MassMutual Life Insurance Company as a career agent and moved to Fairfield, CT. His agency moved from CT to NYC in 1961 and he started a 45 year long daily commute from his home in Fairfield to NYC playing his beloved gin rummy every day on the train. He continued to work for over 55 years until the day he passed. In 1971 Joe was invited by the Shah of Iran to the 2,500 year anniversary of the founding of the Persian Empire by Cyrus the Great. For 10 days he stayed in Teheran and traveled everyday to the site of the celebration in Persepolis. Through Contracts he met in the religious community in Iran he became a Knight of Chivalry in the Protectorate of the Order of the Holy Cross of Jerusalem. His Investiture was in the UN Chapel of NYC.

Joe always had an enterprising spirit and with other investors built summer cottages on Block Island, RI, a golf course, a time share resort in New Hampshire, and a golf course in Placida, FL. He loved to play golf and gin rummy afterwards. He belonged to Aspetuck Valley Country Club, Weston CT for over 30 years and in Florida at Riverwood Golf Club. He was a lifelong lover of jazz and frequented the jazz clubs of NYC, among some of his jazz favorites were Stan Kenton, Count Basie and Frank Sinatra. He was a NY Giants football fan and a long suffering NY Mets fan. But the thing he loved the most was helping people and having fun doing it. For many years, he hosted his own invitational golf Tournament, the Bongo Straits Open. He loved lunches in NYC, buying great wine and cooking for his friends. He was a believer in “More is more”.

He will always be remembered for his lifelong love of the water and fishing in general. Surf casting on the Block Island, deep sea fishing in the Florida Keys or Marlin fishing in Hawaii, he loved it all. When Joe moved to Florida he bought his fishing boat and named it after his other love, Gin again! He had a passion for most things, but reading books always remained at the top of the list. Whether he was reading the classics, history or a best seller he was most at home sitting in the chair in his home library book in hand. Travel also topped the list, hopping on a plane and just heading off on a new adventure. Among favorite trips were walking the streets of Paris in search of Hemingway and a great café, attending a New Year’s Eve concert in Vienna, searching the book stalls and the poets corner in Westminster Abbey in London and wagering on the thoroughbred horse races each August in Saratoga Springs, NY.

In 1979 he met the love of his life “his Cheryl”. They married in June, 1983 and were inseparable for 35 years. He helped raise his step-sons Stephen and Scott Long and has been a cherished person in their lives ever since. He adored his two step-grandsons, Hunter and Hudson Long, they were the joys in his life. Joe will be greatly missed by all who loved and knew him.

He is survived by his loving wife, Cheryl; his sons, Richard and Charles Galgano; his daughters, Lisa Roland and Jan McInerny; his brothers, David and Frank Galgano; a sister, Doris; grandsons, Eric and Craig Roland; step-sons, Stephen Long and Scott (Heather) Long and step-grandsons, Hunter and Hudson Long. He was preceded in death by his parents, Vera and Joseph Galgano and his sister, Ann.

A Memorial Service will be held at a later date by the family.

In lieu of flowers, Memorial contributions may be made to Wounded Warriors Project.

To leave a condolence, you can first sign into Facebook or fill out the below form with your name and email. [fbl_login_button redirect="https://robersonfh.com/obituary/joseph-galgano/?modal=light-candle" hide_if_logged="" size="medium" type="login_with" show_face="true"]
×