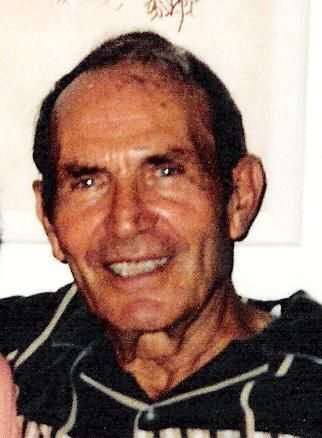 Joseph was born in Petrona, Italy on July 23, 1923, to the late Carmen and Antonia Perri. He moved to Martins Ferry, Ohio at age 8 and graduated from Martins Ferry High School in 1943. Joseph joined the Navy in June of 1943 and served as Yeoman 2nd Class in the South Pacific. After his discharge in February 1946, he graduated from Ohio University with a Bachelors Degree in Industrial Engineering. After a long career with Union Tank Car Corporation, he retired in 1986 as Chief Industrial Engineer for Fleet Operations, and moved to Punta Gorda Isles before relocating to Port Charlotte in 2006. He was a member of the American Legion Post 110 of Port Charlotte.

He is survived by his wife of 40 years, Roberta “Geri” Perri; three children, son Jay (Joanne) Perri of La Porte, IN, and daughters Toni Ann (Andrew) Luther of Portage, IN, and Nancy Perri of Sierra Vista, AZ; three grandchildren and one great grandchild. In addition to his parents, Joseph was preceded in death by two brothers, and a sister, Thomas, James and Mary.

To leave a condolence, you can first sign into Facebook or fill out the below form with your name and email. [fbl_login_button redirect="https://robersonfh.com/obituary/joseph-perri/?modal=light-candle" hide_if_logged="" size="medium" type="login_with" show_face="true"]
×