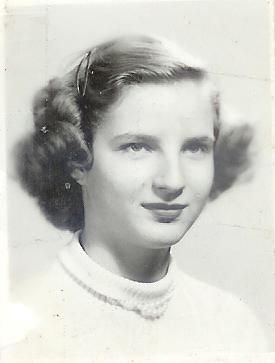 She was born July 26, 1935 in Buffalo, New York. After graduation from Tonawanda Senior High, she went on to receive her degree from the University of Buffalo in Engineering. She worked with the Apollo space program team and developed the Gantry Release System. After her first husband James Argyro passed away, she married Clarence W. “Bill” Kraus and moved to Punta Gorda in 1980. They were active members of the Isles Yacht Club and St. Andrews South Golf Club. Not liking any of the homes on the market, June designed and oversaw the construction of their home on Oriel Court in Punta Gorda.

A Memorial Mass will be held 11:00a.m. Saturday, August 25, 2012 at Sacred Heart Catholic Church in Punta Gorda. A private committal will be held in Kenmore, New York at a later date.

In lieu of flowers, donations may be made in June’s name to Tidewell Hospice, Inc.

To leave a condolence, you can first sign into Facebook or fill out the below form with your name and email. [fbl_login_button redirect="https://robersonfh.com/obituary/june-kraus/?modal=light-candle" hide_if_logged="" size="medium" type="login_with" show_face="true"]
×