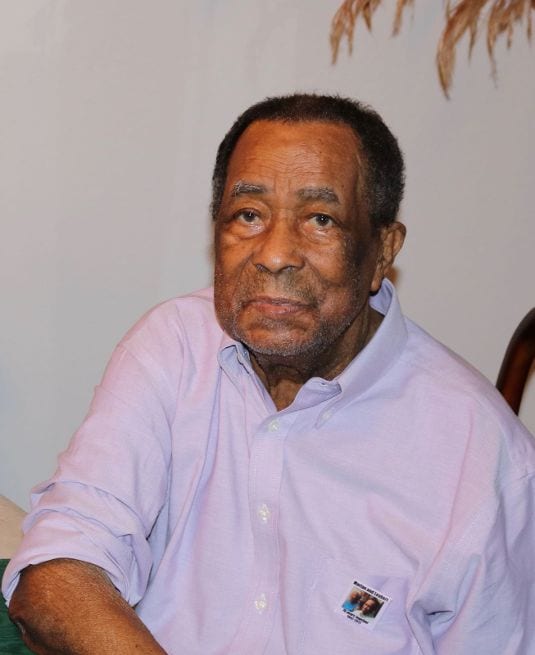 Interment will be held in Jamaica, West Indies.

Lebert Nathaniel Brown, 92, passed away Sunday, January 12, 2020 at the Bayfront Hospital in Port Charlotte, Florida.
Lebert was born June 26, 1927 to Augustus Brown and Edna Langley in Moores, Clarendon, Jamaica. His death marked the last of the Langley clan whose grandparents left St Dorothy’s parish to set up residence in Clarendon during the 1890s. He attended Moores All Age School where he excelled in arithmetic and the social sciences. After leaving school he worked on and later managed the family estate at Moores, largely as a sugar cane and cash crop farmer. He also worked many years at the Longville Estate where he served as a foreman. Lebert loved sports, especially cricket, and although his favorite team was the West Indies Cricket Team, he could tell all the stats for the great international players. He used part of his estate to make a cricket pitch where all district people who wanted to play cricket could have a place to play during the long summer evenings. He also enjoyed fishing and was an excellent domino player. Besides spending time with family, some of his most remembered moments were his world affairs and political discussions. Later in life, he became a Christian and was baptized in the Moores Seventh Day Adventist Church in 19 89. He served as an ordained deacon and stand-in preacher. He preached his last sermon there on . It was based on St Luke. He loved the Lord and was happy reading his Bible and singing songs of Zion.
Lebert migrated to the United States in 2001 and lived in North Port, Florida until the time of his death. In his last few years, he recovered from prostate cancer, but suffered from renal failure and severe arthritis which greatly affected his mobility.
Lebert is survived by his loving wife and partner of 72 years, Mary Ann Brown; along with eight children; Patricia Brown and Denese Walker of North Port, Florida, Luke Brown of Ocala, Florida, Maizie Brown, Carmen Brown-Harper, Sharon Brown of Ontario, Canada, Neville Brown and Lorraine Brown of Kingston, Jamaica: daughters-in-law – Merlene Brown, Carmen Brown and Michelle Brown, son-in-law–Milton Harper: half-sister Dainty Brown: Fourteen grandchildren, seven great grandchildren and many loving nieces, nephews, and cousins.
Funeral services will be held at 2:00 PM, Sunday, January 26 at Faith SDA Church, 436 Barrett Street, Port Charlotte, Florida 33954 with viewing at the church from 1:00 PM prior to the services. His remains will be shipped to Jamaica for burial in the family plot.
Friend may visit at www.robersonfh.com to extend condolences to the family. Arrangements by Roberson Funeral Home Port Charlotte Chapel.

To leave a condolence, you can first sign into Facebook or fill out the below form with your name and email. [fbl_login_button redirect="https://robersonfh.com/obituary/lebert-nathaniel-brown/?modal=light-candle" hide_if_logged="" size="medium" type="login_with" show_face="true"]
×

Interment will be held in Jamaica, West Indies.