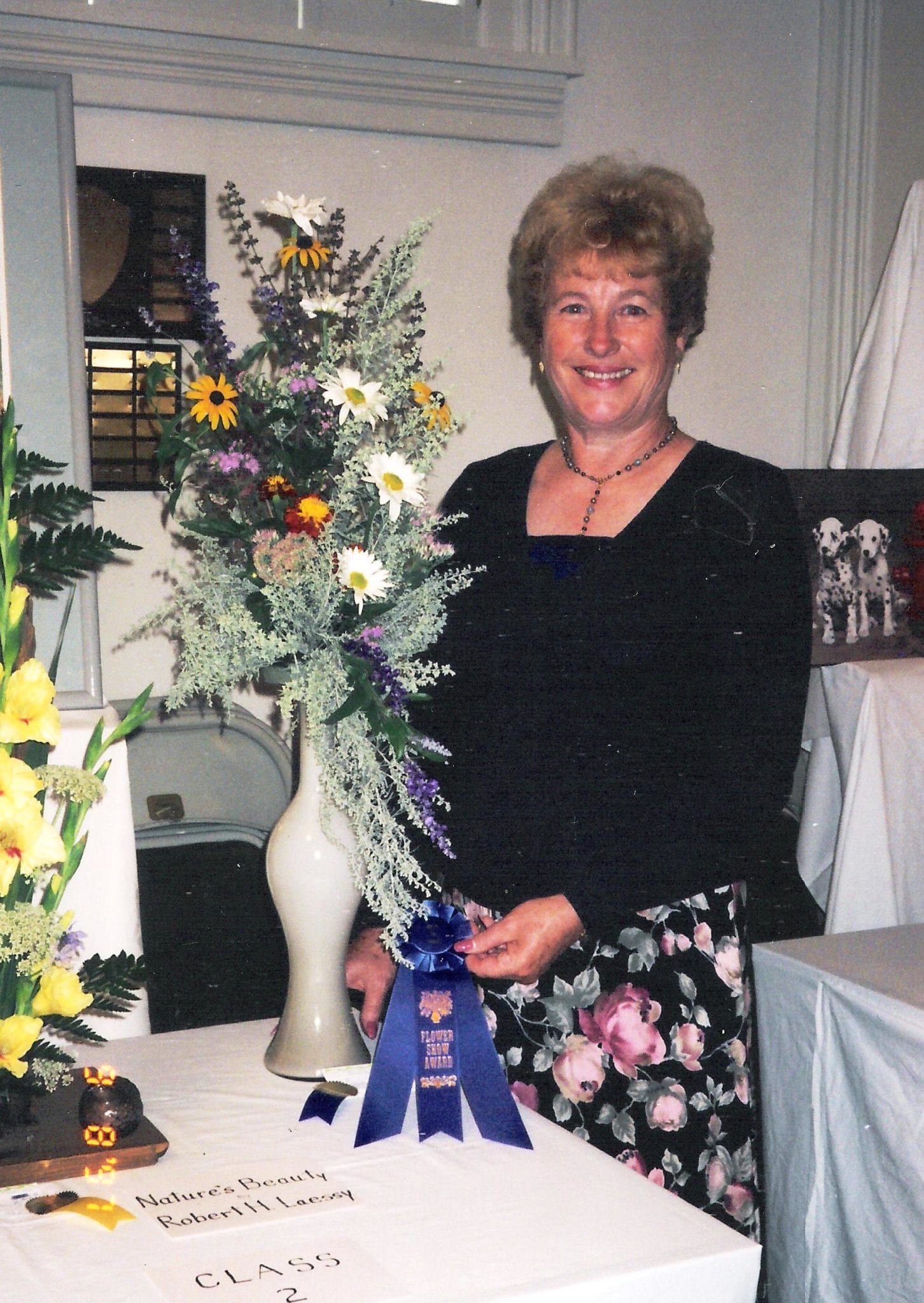 Lois Eileene Allmon Gleckler-Mang, 82 of Punta Gorda, Florida, formerly of Salem, Ohio died Thursday, February 04, 2021 at Harbour Terrace, South Port Square in Port Charlotte, Florida
Lois was born September 7, 1938 in Columbiana, OH, the daughter of the late Russell and Ella (Blazvich) Allmon. She was a 1956 graduate of Fairfield High School, Columbiana, Ohio and 1999 graduate of Stark State College, Canton, Ohio.
Lois was a Visual Motor Perception Therapist for the Salem City Schools until 1986 and for various optometrists in Michigan and Ohio before retiring in 2001. Lois was an avid gardener. She had been involved with the Salem Garden Club as president/member and also the Hastings, MI and Louisville, OH Garden Clubs. She tended to her vast gardens of paths, waterfalls and train villages around her home. She was a life member of Garden Club of Ohio. Being a very talented seamstress, Lois sewed both of her daughter’s wedding dresses; designed curtains and many other clothing/decorative projects. Lois had been a head majorette in high school and continued twirling a baton throughout her lifetime. She had been a Camp Fire Girls group leader and relished in taking her “girls” camping and assisting with their WoHeLo medallion achievement. She had enjoyed dancing with the Square Wheels and the Nichols Worth Western Square Dance clubs in Ohio.  She designed stained glass art pieces by consignment and enjoyment, displaying many throughout her own home. She was a member of the Isles Yacht Club in Punta Gorda, participating in the Islets and playing billiards.  Lois was a member of the SW Florida Region Veteran Motor Car Club of America. She displayed and drove her 1969 convertible Chevy Impala in parades and car shows. Lois also enjoyed singing, boating and bike riding.  Lois was a parishioner and past choir member of St Paul’s Catholic Church, Salem, Ohio, St Louis Catholic Church, Louisville, Ohio and Sacred Heart Catholic Church, Punta Gorda, FL.
In addition to her parents and siblings, Lois was preceded in death by her first husband, Donald L. Gleckler whom she married July 27, 1957 and died December 26, 1998; a daughter, Sheryl Gleckler-Duerring on January 24, 2003 and a son, Mark B. Gleckler on January 31, 2021.
She is survived by and will be missed by her loving husband, Robert L. Mang of Punta Gorda, FL whom she married August 31, 2001; a daughter Catherine (Michael) Hubbs of Marathon, FL.  Grandchildren, Meagan (William) Ambacher of Vista, CA, Hannah Gleckler of Fayetteville, GA, Matthew (Kassandra) Hubbs of Northwood, OH, and Mitchell (Madilyn) Hubbs of Marysville, OH; and great-grandchildren Daniel, Mackenzie and Jayce; her surrogate AFS daughter, Mojgan Mohkber of Los Angeles, CA.; a niece/goddaughter, Linda Boyle of Marysville, OH and other nieces and nephews.
A Memorial Mass celebrating Lois’s life will be held at a later date at Sacred Heart Catholic Church in Punta Gorda. Services and interment will be held later in Ohio where Lois will be buried beside her late husband, Donald, in the Columbiana Cemetery, Columbiana, Ohio.
Memorial contributions in her memory may be made to the Alzheimer’s Association www.alz.org
Friends may visit online at www.robersonfh.com to extend condolences to the family. Arrangements by Roberson Funeral Home & Crematory Punta Gorda Chapel.

To leave a condolence, you can first sign into Facebook or fill out the below form with your name and email. [fbl_login_button redirect="https://robersonfh.com/obituary/lois-eileen-allmon-gleckler-mang/?modal=light-candle" hide_if_logged="" size="medium" type="login_with" show_face="true"]
×