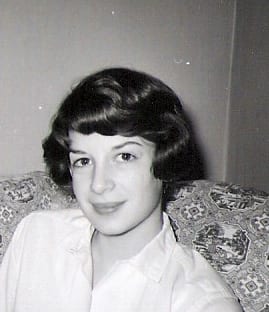 Memorial contributions in lieu of flowers may be made to the Parkinson Foundation www.parkinson.org

Lorna Dole Hurley, 79, of Port Charlotte, Florida passed away on August 24, 2020 at home after a long illness.
She was born July 26, 1941 in White Plains, New York. She was the daughter of the late Bruce Branson of Washington, D.C. and the late Ruth Dole Wendt of Lutherville, MD. Lorna graduated from Friends School of Baltimore and attended Hood College. She married her high school sweetheart in 1959. Upon retirement they moved to Port Charlotte, Florida from Baltimore, MD. Lorna was a member of various patriotic organizations including the Daughters of the American Revolutions, Daughters of American Colonists and the Colonial Dames XVII Century. In Maryland she was active in the Cedarcroft Garden Club, where she served as President and the Thornleigh Bridge Club. She loved British sit-coms and had a flair for decorating.
She is survived by her husband of 60 years, William Miles Hurley of Port Charlotte; siblings, Bruce “Ted” Branson of Washington, DC and Caroline Caton of Ashville, NC as well as five children, Kathleen Hurley of Rockville, MD, Jeanne Hurley DeMos of Sparks, MD, Lynne H. Norris of Jacksonville, MD, James Nelson Hurley of Baltimore, MD and Eve H. Wabst of Hagerstown, MD; ten grandchildren and two great grandchildren.
Memorial services and interment will be held at a later date in Timonium, Maryland. Memorial contributions in lieu of flowers may be made to the Parkinson Foundation www.parkinson.org
Friends may visit online at www.robersonfh.com to extend condolences to the family. Arrangements by Roberson Funeral Home & Crematory Port Charlotte Chapel.

To leave a condolence, you can first sign into Facebook or fill out the below form with your name and email. [fbl_login_button redirect="https://robersonfh.com/obituary/lorna-dole-hurley/?modal=light-candle" hide_if_logged="" size="medium" type="login_with" show_face="true"]
×

Memorial contributions in lieu of flowers may be made to the Parkinson Foundation www.parkinson.org