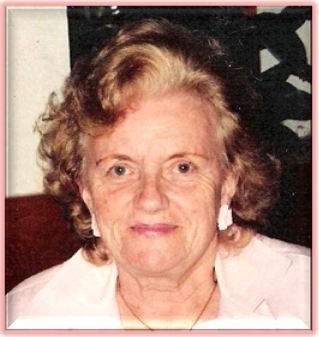 Lorraine was born on September 29, 1928 in Prospect Park, New Jersey, to the late Lester and Elizabeth Dodd. She and her husband of more than 65 years, Nathan G. Slater, moved to Port Charlotte in 1985 from West Milford, where Lorraine worked for the West Milford School District as a bus driver for 28 years.

She is survived by her beloved husband, Nathan; a daughter, Joyce A. DeGregorio of Bellefonte, PA, and son, Glen B. Slater of West Milford, NJ; daughter-in-law, Judith Slater of Port Charlotte; nine grandchildren, eight great grandchildren, and numerous extended family members. In addition to her parents, Lorraine was preceded in death by a son, Kenneth Slater, and a great grandson, Michael Cozad.

To leave a condolence, you can first sign into Facebook or fill out the below form with your name and email. [fbl_login_button redirect="https://robersonfh.com/obituary/lorraine-slater/?modal=light-candle" hide_if_logged="" size="medium" type="login_with" show_face="true"]
×