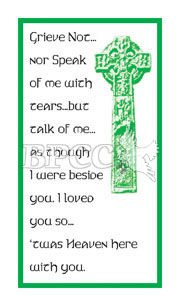 Born on July 22, 1954 in Kearny, New Jersey, Lou moved to the Port Charlotte area from Newton in his native New Jersey in 2003. In the aftermath of hurricane Charley, Lou, always a giving, good neighbor was dubbed the Mayor of the neighborhood. A longtime mechanic with over 30 year’s service experience, he was currently employed with Holiday Park in North Port, Florida, and was a member of the V.F.W. Men’s Auxiliary Post No. 8203 of North Port, and B.P.O. Elks Lodge No. 1050 of Kearny, NJ. He is gone, and will be greatly missed by his family and friends, but never forgotten.

He is survived by his beloved wife of over 22 years, Jeanne S. Sullivan-Feuerstein; two sons, David (wife-Jacqueline) Feuerstein of Port Charlotte, and Derek (fiancé-Melissa) Feuerstein of Kearny, NJ; one sister, Susan Bornako of Virginia Beach, VA; and many nieces, nephews, aunts, uncles and cousins. He was preceded in death by his parents, William C. and Jane (nee-Murphy) Feuerstein, and a sister, Catherine.

To leave a condolence, you can first sign into Facebook or fill out the below form with your name and email. [fbl_login_button redirect="https://robersonfh.com/obituary/louis-feuerstein/?modal=light-candle" hide_if_logged="" size="medium" type="login_with" show_face="true"]
×