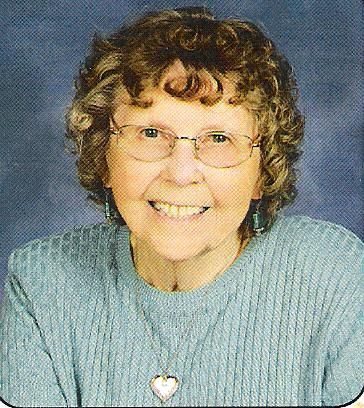 Born August 15, 1921 in Emporium, Pennsylvania to the late Clara (nee – Dodge) and George Summerson, Louise, a devoted wife and mother, moved with her husband Jack Leroy Conway from Fairfield, Connecticut to Port Charlotte in 1981. She was a member of Port Charlotte United Methodist Church in Port Charlotte.

She is survived by her beloved children, sons Clay and Brent (wife Hollye) Conway, and daughter April (husband Louis) Zitnay; two grandsons, Wes (wife Elyse) and Jared Zitnay, and a sister, Shirley Minard. In addition to her parents and a sister, Dorothy Stephens, Louise was preceded in death by her beloved husband of 60 years, Jack, in 2007.

Visitation will be from 2:00 PM until service time Tuesday at Port Charlotte United Methodist Church. Funeral services will be held Tuesday 3:00 PM, February 28, 2012 at the church. Further services will be held in her native Emporium, Pennsylvania this Friday, March 2, 2012 with visitation from 11:00 AM until service time Friday Noon at Barnett Funeral Home with interment to follow at Newton Cemetery.

To leave a condolence, you can first sign into Facebook or fill out the below form with your name and email. [fbl_login_button redirect="https://robersonfh.com/obituary/louise-conway/?modal=light-candle" hide_if_logged="" size="medium" type="login_with" show_face="true"]
×