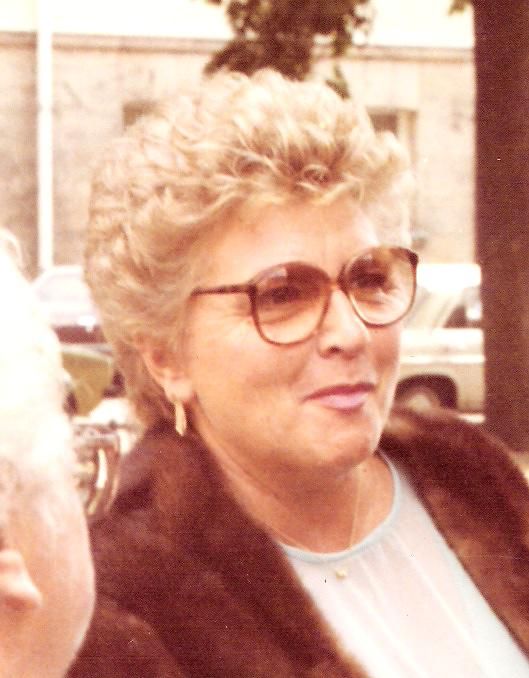 Margarete Irma Fordyce, 86, of Port Charlotte, Florida, quietly passed away on Friday, October 10, 2014 at her residence.

Born on September 23, 1928 in Fuerth, Germany, Margarete, who lovingly devoted her life as a wife, mother and grandmother, moved with her husband Clifford D. Fordyce, from Norwood, Ohio to the Port Charlotte area in 1972.

She is survived by her loving daughter and son, Peggy Fordyce Deryk of Port Charlotte, and Gary Fordyce, also of Port Charlotte; four grandchildren, Nolan Michael Deryk, Logan Konrad Deryk, Sara Elizabeth Cox, and Dale Jackson; one great grandson, Deakin Jackson; a sister, Hannelore Weiss of Germany; two brothers, Konrad Bauernschmidt of Germany, and Peter (Bergit) Bauernschmidt, also of Germany; and many nieces, nephews, and extended family members. Margarete was preceded in death by her parents, Johann and Anna (nee – Boebel) Bauernschmidt, and her beloved husband of 25 years, Clifford, who passed away in 1987.

A gathering will be held from 1:00 to 2:00 PM with a funeral service at 2:00 PM, Sunday, October 19, 2014 at Roberson Funeral Home Port Charlotte Chapel. Entombment will follow at Restlawn Memorial Gardens Port Charlotte.

To leave a condolence, you can first sign into Facebook or fill out the below form with your name and email. [fbl_login_button redirect="https://robersonfh.com/obituary/margarete-fordyce/?modal=light-candle" hide_if_logged="" size="medium" type="login_with" show_face="true"]
×