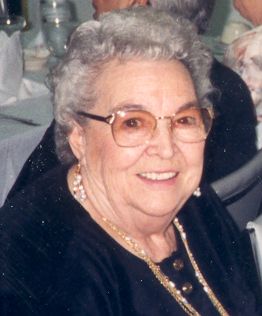 She was born April 30, 1917 in Berlin, New Hampshire and moved to Port
Charlotte 42 years ago from Franklin, New Hampshire. She was a retired
admitting cashier at the former Bon-Secours-St. Joseph Hospital in Port Charlotte and a
Roman Catholic.

She is survived by two brothers, J.T. Robert Aube of Port Charlotte and
Armand Aube of Bolton, CT; four sisters, Doris Blaine of West Myrtle Beach, SC,
Rita Santomasso of West Hartford, CT, Lucille Natale of Newington, CT and
Theresa Jaquith of Sarasota, FL; and many nieces and nephews. She was preceded in death by her husband, Fiore Campana who died in 1991.

To leave a condolence, you can first sign into Facebook or fill out the below form with your name and email. [fbl_login_button redirect="https://robersonfh.com/obituary/marion-campana/?modal=light-candle" hide_if_logged="" size="medium" type="login_with" show_face="true"]
×