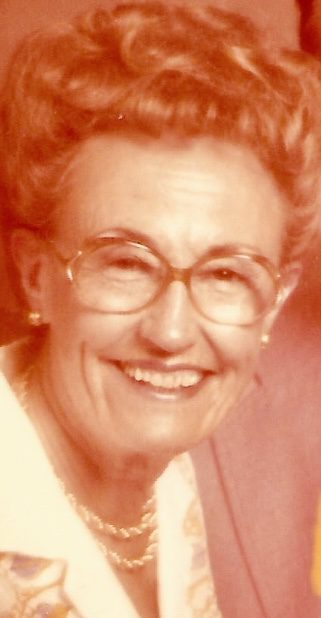 She attended the University of Nebraska, then went to work for the Defense Department in Washington, DC. In 1944 she was assigned to the Military Attaché office in the U.S. Embassy in Rio de Janeiro, Brazil where she met and married C. Harlow Duffin to whom she was married for 63 years. Outside of the U.S. she lived in Brazil, Nicaragua, Guatemala and Spain and retired to Punta Gorda in October 1972. Her generous nature prompted her to do volunteer work at hospitals and other organizations in several of countries in which she lived, and with special training and rehabilitation clients of Charlotte County.

She was a member of the United Methodist Church and she and her husband helped bring St. Andrews Golf Club and the Isles Yacht Club into existence.

She loved sailing, golfing and produced numerous items of counted cross stitch needlework which were true works of art. She was widely known for her sense of humor and for her unique ability to tell humorous stories.

Survived by her son, Gregory W. Duffin of Punta Gorda;

To leave a condolence, you can first sign into Facebook or fill out the below form with your name and email. [fbl_login_button redirect="https://robersonfh.com/obituary/marjorie-horton-duffin/?modal=light-candle" hide_if_logged="" size="medium" type="login_with" show_face="true"]
×